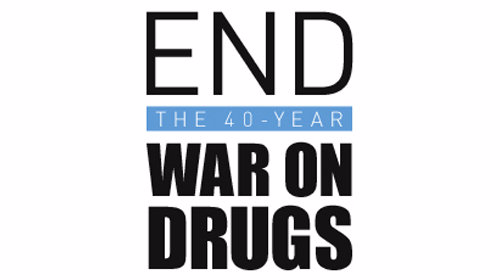 The War on Drugs has left a wake of destruction around the U.S. since its advent in 1971. Millions of lives have been ruined by a policy that our current president regards as an "utter failure", yet every year the budget seems to expand. Stories of normal people spending decades in prison for possession of drugs for personal use seem to become more and more common. My opinion, one shared by millions of other Americans, is that the War on Drugs is a grossly mismanaged failure, riddled with racial prejudice and entirely ineffective at achieving its initial goal of reducing drug use.

But my goal today is not to describe to you what's wrong with the War on Drugs, as I'm sure you're already aware of its downfalls. I want to paint a better picture for you, one where addicts can seek help for their illness without risking a prison sentence, where police can focus on saving lives rather than ruining them, a place where the American people can trust their government to serve in their best interest. That place doesn't exist now, but it can.

Having an excess of $15 billion for federal spending can go a long way. It could send 30,000 people to Mars. It could be used to build 50,000 homes for the homeless. But that doesn't right the wrongs already caused by the War on Drugs. What would be the most responsible way to spend that money is to help those who have been left victim to the unfair system that's been in place for the last 40 years. Create a comprehensive, government-funded addiction treatment system that works with drug abusers get back on their feet. Use social media and ad campaigns to help people see drug users for who they truly are, just normal people suffering from an illness. Pardon every inmate that was arrested for possession of drugs for personal use. Remove the scheduling system from the Controlled Substances Act, or at least re-schedule the drugs based on medical evidence found in the past 40 years.

Proponents of the War on Drugs may argue that this is a waste of tax money, that we're not doing anything to stop illegal trafficking of drugs, or that drug users threaten the safety of all people. I believe all of these can be refuted, with no increased cost to citizens. The War on Drugs is already a waste of tax money, and we already pay for it. This just redirects those funds to a better cause. As for stopping illegal drug trafficking, increasing access to rehabilitation will reduce demand for drugs. And drug users are not all dangerous people, and I agree that those who are and those that distribute should still be held responsible for their actions, but punishing everyone for the actions of a few has never worked throughout history.

We've lived with archaic drug laws for long enough. The world has changed, it's time for our legal system to catch up. Whoever wins this election, I implore you to listen to your citizens and work with us to end the War on Drugs. We need your support.

drug war drugs drug policy drug education alcohol and drug abuse
Published on Nov 3, 2016
Report a problem... When should you flag content? If the user is making personal attacks, using profanity or harassing someone, please flag this content as inappropriate. We encourage different opinions, respectfully presented, as an exercise in free speech.
The Community School

Students, let your voices be heard by the next President of the United States!

Elderly care, is an immense problem in the United States that needs to be addressed. There is not enough respect or enough care, and no justice or ...

Why abortion should be illegal.

terrorism and the media

terrorism is the biggest threat to american lives

Pistols, machine guns and other automatic weapons should be banned. All it does is cause problems.

Out of Control: Illegal Immigrantion

What Happened to the word "Secure" in our country?

I am going to tell you why you should start worrying about the drug cartels that are going on in the United States.

Heroin And Prescription Drug Use Of Teens

Prescription drugs and heroin use has increased among teens. This is a very important issue that needs to be dealt with soon.