According to a New York Times article, “Female doctors and surgeons, for example, earn 71 percent of what their male colleagues make, while female financial specialists are paid just 66 percent as much as comparable men” (Lipman). This shows that even though the women had the same exact job as the men and were doing the same thing, the men still got paid more. This is completely unfair. What women and men get paid shouldn’t be decided based on their gender, it should be decided based on the persons’ skills; man or women. It also states “that women one year out of college earn 6.6 percent less than men after controlling for occupation and hours, and that female M.B.A. graduates earn on average $4,600 less than their male classmates for their first jobs.” This supports my claim because it shows that the gender pay gap exists and that the women who graduate get payed less then the men in their first job. What we can do to change this is to have what you are payed be based off of what you graduated with and the skill in the job.

In the article “We need action, not just talk, to close wage gap between men and women”, it explains that the gap can’t be blamed on a lack of women participation in the work force or lack of education. If this were the case, then nurses would get paid more than cable technicians because nurses are better educated and more highly skilled, yet have median earnings of only $38,216 while technicians earn $51,030. Additionally 90 percent of nurses are female and 97 percent technicians are male.The majority of nurses are female and the majority of cable technicians are male, yet as a whole, the cable technicians get payed more.Why are more highly skilled and educated people getting payed less then those with less skill and education? The reason is because there is gender pay gap.

What I’ve noticed is that the companies of all these organizations don’t support changing the gender pay gap because they think that it’s either too much work or they just don’t support it. In one New York Times article, it states that the companies supposedly think, “It’s too expensive and complex.” (Lipman). This shows that they are not willing to make fixing the existing problem a priority. What this tells me is that I think the companies are mostly run by men who think they have more skills and deserve to earn more than women. This is not okay with me and I don’t think that this should be happening.

My question to you Mr. or Ms. President is, what can you do to help? I’m still convinced that the gender pay gap is unfair to women all over and it needs to be changed. I’m writing this to you because I feel very strongly about this topic, and I feel like you can help make it equal. What you can do to help is to try to persuade companies to change the pay rates and to higher women's pay rate to make it as equal as possible. As far as I know the companies aren't doing anything to fix the gap, all they're concerned about is how its too expensive and complex. All men need to know that women are just as equal as them, and deserve all the rights they have. 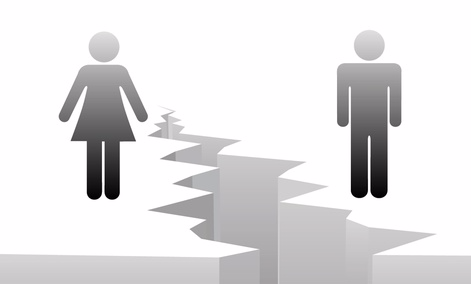 gender inequality money
Published on Nov 8, 2016
Report a problem... When should you flag content? If the user is making personal attacks, using profanity or harassing someone, please flag this content as inappropriate. We encourage different opinions, respectfully presented, as an exercise in free speech.
West Seattle High School

0.5% of the budget is not enough to do much of anything, let alone explore space.

Guns control is a big problem in the United States of America. They are becoming more of a terror weapon and that's not right. We need to fix it.

Why we need to fix alcohol abuse

In order to protect the well being of women, We deserve equal pay, the right to be heard, and control over our body and decisions.

Gender Equality needs to progress faster that it is!