When Nixon signed the Comprehensive Drug Abuse Prevention and Control Act it started, the so-called war on drugs. He signed the act in response to pot smoking hippies, and returning Vietnam vets addicted to heroin. Nixon put a $100 million budget on it and since then over a trillion dollars have been spent on the war of drugs. Government reports had difficulties proving, spending billions, was a benefit to this Act. This Control Act shows us, that there was no advantage towards illegalizing cannabis. It’s costing us. We can make more money legalizing this plant, rather than getting rid of it.

I believe marijuana should become legal for a couple different reasons. Taxation is among the reasons given for legalizing marijuana. For purposes other than medicinal. As of today, the Government is losing more money prosecuting and incarcerating people being caught possessing or using it. Which causes them to not be able to impose taxes, and sale production of marijuana.

Limiting the use of this drug intrudes on personal freedom. If the drug is shown to be harmful, is it or is it not the right of every person to choose what harms his or her? Cannabis is usually thought of as a "victimless crime", as of only the user is being harmed. You can't just legislate morality. When others disagree about what's more "moral."

Street Justice in the future related to drug abuse would be reduced. Currently, in the drug trade, if somebody screws you over, you can’t just call a lawyer to litigate. You need to settle disputes on your own. Which often leads to cycles of violence. Legalization would create proper means to settle disputes.

My dad has had at least 3 surgeries on his knee. He takes all sorts of med's for pain relief. I feel if he were to try cannabis to relieve pain from his knee, it would be more beneficial. Cannabis isn't for everyone. Others who do not like to smoke occasionally drink. Alcohol is legal so it’s a gate way for most people who are stressed or want to let lose. Does nobody realize? Alcohol has killed many lives, as well as tobacco and there has not been one report of a life overdosing on cannabis. Those who suffer with anxiety tend to take prescription pills. Prescription drugs continue to kill many lives, compared to marijuana.

This paper doesn't only come from my opinion, but others opinions as well. I would just like to share my thoughts and reasoning behind my statements. Maybe open your eyes a bit. There's not a less harmless drug than marijuana. Most doctors believe that marijuana isn't any more addictive than alcohol or tobacco. Every time we take a step towards the legalization of cannabis the advantages and positive aspects outweigh the vast majority of the negative. Only us, can make that one step closer. I hope all who read this, consider my insights about the legalization of cannabis. 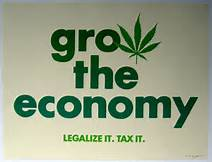 drug policy
Published on Nov 7, 2016
Report a problem... When should you flag content? If the user is making personal attacks, using profanity or harassing someone, please flag this content as inappropriate. We encourage different opinions, respectfully presented, as an exercise in free speech.
Belgrade High School

The Emulsion of Co2 Gases in the Atmosphere

Which if we don't take the climate change into account and some of the speculations of global warming our planet could slow down and or possibly sh...

This letter is about what I believe should be done about crime in our country. Its a serious problem and need to be handled in a serious matter. Al...

Our planet is a gift to us. We as a community should be protective of it.

That we need to start taking a step to fix the debt. We keep falling farther into debt each day and no one wants to take a stand to take a step to...

My letter to the next president is about hunger around our country and ways to make it better.

"The Ice is Melting"

Drug Abuse in the U.S