"People fear what they don't understand and hate what they can't conquer." Andrew Smith's words are seen by many as an accurate representation of what we humans truly fear. As children, we feared what lurked within the darkness, and while these fears may seem to disappear as we get older, they gradually expand, until some can no longer identify the reasons behind their fear or see their horizon. One of the most difficult challenges that today's visionaries face is when people argue strongly against beneficial advancements, because they are worried or scared. Diseases and health issues have created a new unknown for people all around the world. We don't know how to cure cancer or what truly causes it. In the same sense, autism, and what causes it, is an unknown. When something is unknown, many people try to assign a cause in order to quell their fears. Vaccines are one such victim of this targeting. Across the United States, many citizens are denying vaccinations based on personal, religious, and "scientific" reasons. The rumor that vaccines cause autism are widespread, and many strongly believe in this speculation. However, in order to preserve the well-being of its citizens, the United States should require vaccinations, in order for children to attend government funded schools, regardless of personal or religious beliefs. We should address this situation for the following reasons. First, vaccinations protects individuals lives, as well as the lives of a community as a whole. Second, there is also evidence showing that exemptions from vaccinations should not be allowed based on religious beliefs,and finally, there is no scientific evidence showing that vaccines cause autism, or any other extremely adverse effects.

First, vaccines protect both the lives of the individual, as well as the lives of the community. The one purpose of a vaccine is to prevent serious illness and disease in a patient. By inoculating oneself with either a weakened or dead version of a virus, the body learns how to target and destroy the viruses. This strategy dates back all the way to 1892 and has since benefited many individuals. Some may say that the adverse side effects of the vaccines may outweigh the benefits; however, this is a misguided and misinformed opinion. Take, for example, polio. In one breakout, it killed thousands of people, and when a vaccine was discovered, people cheered from the rooftops, church bells were rung, and there wasn't a single person who wasn't absolutely ecstatic that a cure had been found.

We all know the benefits that the vaccines have at an individual level, but perhaps a smaller percentage know about what it does for those around us. Herd immunity refers to the protection that the unimmunized receive from the majority of the immunized. For example, if 97% of a community has been vaccinated, the 3% that aren't still receive the same protection since they have a lower chance of being exposed to various viruses and contagions. If this number drops, however, the herd immunity can be negatively affected, and the minority of individuals who for medical reasons are unable to be immunized, are placed at risk of catching potentially lethal diseases. Who are we to put the lives of others at risk, simply because we refuse to get immunized? If we are capable of receiving these vaccines, then we should do so. If not for ourselves, then for those who are unable to do so themselves.

Second, there are practically no reasons that we should be accept religious exemptions from getting these vaccines. While many people might argue prolifically about how required vaccinations are a violation of religious freedoms, the simple fact of the matter is that almost no religions restrict vaccines in any way, shape, or form. In one such argument, a man belonging to the Roman Catholic church argued that his unvaccinated son should be allowed to go to school because of his religious beliefs. The church, however, has stated the following, "There would seem to be no proper grounds for refusing immunization against dangerous contagious disease" This is just one example of a church showing its support of vaccinations, and not its disapproval. Here are just some of the religions that allow vaccines: Hinduism, Buddhism, Jainism, Judaism, Christians, Amish, Christian Scientists, Jehovah's Witnesses, and Islam. This spans quite a few of the major religions, and one of the only churches that doesn't allow vaccines specifically is the Dutch Reformed Church. In other words, almost every single member of organized religion has no doctrine and no words to back their claims that vaccinations are in direct opposition to their religious beliefs. (https://www.whyimmunize.org/what-religions-actually-state-about-vaccines/)

Finally, one of the major counter-arguments that some concerned members of our society have is that a side effect of becoming immunized is autism or other adverse effects. "Almost one in 10 Americans believe vaccines for diseases including measles, mumps, and rubella are not safe for healthy children, indicating a significant number of Americans have misconceptions about the danger of vaccinations." This quote from the Times magazine shows just how far the American people will argue something that they haven't truly invested any time into researching. The CDC also released statements saying, "Studies have shown that there is no link between receiving vaccines and developing ASD (autism spectrum disorder).” There were also concerns that one of the ingredients in the creation of the vaccinations posed a health risk to individuals who took it; however, not only was the ingredient (thimerosal) proven to be safe, but it was also removed altogether or decreased significantly in modern vaccines. There have simply been no scientific experiments or studied conducted properly, that has led to any linkage between vaccines and adverse health effects.

In conclusion, the United States should require vaccines be administered to students attending public schools. They should do so because vaccines protect individuals, as well as the community, there is no evidence to show that religious exemptions should be allowed, and there is no accurate data reflecting the idea that vaccines have a negative impact on health. 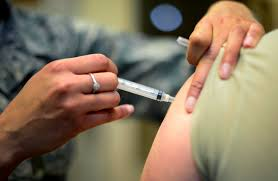 vaccines health rights education
Published on Oct 17, 2016
Report a problem... When should you flag content? If the user is making personal attacks, using profanity or harassing someone, please flag this content as inappropriate. We encourage different opinions, respectfully presented, as an exercise in free speech.
Spanish Fork High School

Our country is in need of unification among all Americans in order to achieve prosperity and productivity.

A letter about the growing divide between political parties, and what can be done to fix this during the upcoming presidential term.

This is a letter to the next president in America.

Homeland Security is becoming a more significant threat day after day, and I am wondering what you will do to prevent it.

Affirmative action gives people a false sense of diversity. In an attempt to achieve equality, universities have only created more unfair circumsta...

The issue of drug abuse in our country is dramatically increasing and we need help to end It.

Why I Believe School is Difficult to Care About

This letter is about my views on the education system and why it needs reform.

I think we should study more on if milk is actually healthy for children. Schools give there students milk and tell them its healthy for you. Is it...