Climate change is greatly affecting our world today. The EPA says "records dating back to the 1800s show that the average temperature has increased by 1.5 degrees fahrenheit". Studies show that 15 of the 16 warmest years have occurred in the early 21st century. Not only have our temperatures increased, but patterns of snow and rain are shifting, as well as intense heat waves. The ocean is beginning to heat up and ice caps are melting which makes sea levels rise. A rise in sea level causes coastal flooding and frequent coastal storms. Climate change is really starting to affect our world today and we need to do something to solve this problem.

We may be in a bad position with climate change, but it is not too late. If everyone makes an effort to make a change, we can stop climate change and bring our earth to the healthy and happy place it used to be. According to an article in Scientific America, we can start by doing things like eliminating the burning of coal, oil, and natural gas. Instead, we can use alternatives like plant-derived plastics, biodiesel, and wind power. We can also do things like creating more energy efficient buildings and improve the cement-making process to reduce greenhouse gas emissions. Other alternatives are simple things like using mass transit, walking, or biking to places we need to go.

Climate change is something that may take time to fix, but it is fixable. You just need to bring the country together to solve these problems, and we might have a chance. If we don’t make a move now to change our actions, this earth could suffer greatly in the long run. 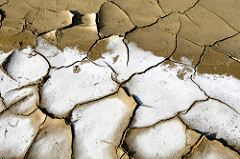 climate change protection earth earth is suffering save the people
Published on Nov 7, 2016
Report a problem... When should you flag content? If the user is making personal attacks, using profanity or harassing someone, please flag this content as inappropriate. We encourage different opinions, respectfully presented, as an exercise in free speech.
Judge Memorial

Performance enhancing drugs are the lowest low an athlete can go. Do you want to be the person who keeps letting it happen and say "let the cheater...

Regarding the Rejection of Global Warming

A letter addressing the spread of misinformation in politics and how inhibits progress.

Global warming and climate change are real, current, and man-made. We need to be the ones to fix the issue.