All across the nation, innumerable amounts of students are sitting in class, confused and frustrated, staring blankly at the board. They don’t understand, and it’s not because they aren’t intelligent. It’s because their minds just don’t learn the same way as they’re being taught. 79% of Americans believe that children learn in different ways, however, public school systems do not address learning differences comprehensively, and thus many students are not being accommodated enough.

According to the U.S. Department of Education, there was a average of 26.8 students in public secondary school classrooms in 2012. How can one teacher assigned to nearly 30 students juggle maintaining a productive and quiet learning environment, grading papers, following the break-neck curriculum, teach, answer questions, AND provide further help? There are countless disadvantages to a large student population per classroom. For example, it can increase disruptive behavior, increase the stress put on the teacher thus making him/her less productive and motivated, and can reduce the time that a student has to get his or her question answered. It’s overall detrimental to each student (and the teachers!) in varying ways. Decreasing class sizes in public schools is a huge step towards creating better learning environments.

As President, I doubt this is the first time education reform has been brought up to you. Most people are in support of education reform. I, on the contrary, am for classroom reform. It all starts in the classroom, where the children actually are! The first step in education reform as a whole is starting where the recipients of the education who spend 8 hours a day from age 6-18: in the classroom. Education practices across the country drudge on with textbooks, testing, and are generally very institutionalized. In my experience of 3 different elementary schools and 2 different middle schools as a kid with learning differences, I’ve spent a lot of time thinking about what could be different to make school better for a kid like me. Besides reducing the student to teacher ratio, I have some more ideas to engage children’s brains. It can be as inexpensive as field trips to a free museum, fun online videos, and interactive games. We need to veer off the track of brain-frying tests and textbooks to more engaging and creative teaching practices. Children as a whole need stimulation and interactive education in the classrooms. You could change the learning experience and ultimately the wellbeing of the 50 million youth in schools across the country. 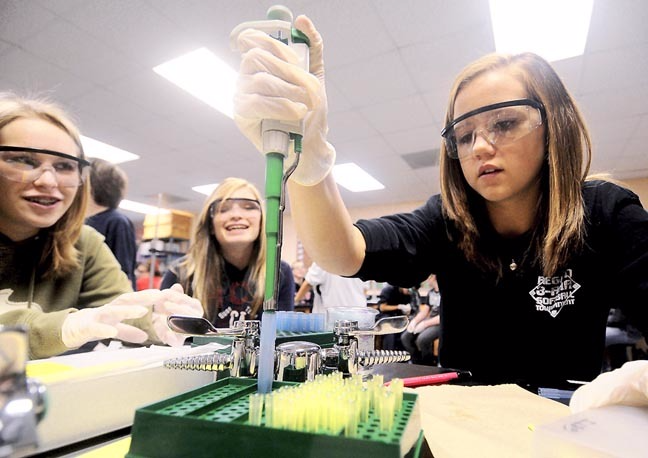 students education reform education funding education high school
Published on Nov 5, 2016
Report a problem... When should you flag content? If the user is making personal attacks, using profanity or harassing someone, please flag this content as inappropriate. We encourage different opinions, respectfully presented, as an exercise in free speech.
Wye River Upper School

America is known as the most obese country on earth.

America is relying on fossil fuels that are polluting the planet and we can replace them with clean nuclear energy.

The Stress In School

This letter is about the problems that students in our country face, specifically issues related to stress caused by an overwhelming number of assi...

Issues with jobs and immigration

I provide problems with job availability and some how immigration is effecting it.

This letter discusses how the price of college is too expensive and should be lowered. Also, scholarships should be much larger.

Keep "Under God" in the Pledge of Allegiance

The words "under God" should remain in the Pledge to display our country's Christian history.