My name is Zach De Brino and I am a sophomore at Staples High School in Westport, CT. I think that one issue that you address as president is school start times. My school starts at an earlier time of 7:30. Because of this start time it makes it almost impossible to achieve at recommended 8 to 10 hours of sleep from the National Sleep Foundation. During your presidency, you should make school start times later to provide more sleep, which in turn will improve students behavior and grades in class.

There are many statistics that prove why school start times must be moved later. According to the National Sleep Foundation, a study found that only 15% of teens get at least 8.5 hours of sleep on a school night. It is terrible that 85% aren’t getting the necessary amount of sleep. This shows that a changed needs to be made. In one study conducted in Rhode Island, one school started 30 minutes later. Students loved having more sleep, and in fact they went to bed 15 minutes earlier. This study shows that moving school later will allow for much more sleep time. Not only would students be rising later, but they would also be going to sleep earlier. One example of a student is Jilly Dos Santos who never made it to school on time. After her school start time was moved from 7:30 a.m. to 8:55 a.m she was rarely late. This student shows that starting school later can drastically affect the amount tardies. Students throughout her school and other schools have experienced this same difference. Statistics show that changing school start times will make a large difference.

Everyone needs sleep to function. I know that you just like anyone enjoy sleep and need it to survive. There probably have been times in your life where you have been sleep deprived and this has affected your day. As a child you definitely could have benefitted from more sleep. Although you may think that in school you got enough sleep, there is always the chance to have more, and you can’t ignore the fact that if you had more sleep in school you would have had a better attitude and better grades. While you were campaigning to be president there were definitely times where you didn’t get all the sleep you wanted, and that affected your performance. With more sleep there is a chance that you may have won the election by a larger margin than you did. With extra sleep so many parts of your life could’ve been better.

If you make schools start later it will provide a plethora of benefits including better grades and behavior. This will also reduce tardies and raise the standard of living. With the homework level of today it is a necessity to change school start times. You are president and it is you chance to make a difference, changed school start times. 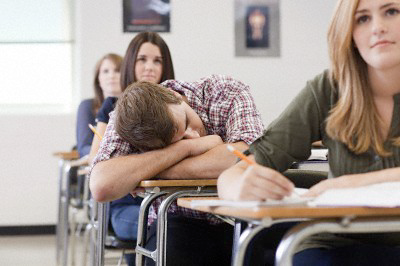 school start times education school high school sleep
Published on Oct 31, 2016
Report a problem... When should you flag content? If the user is making personal attacks, using profanity or harassing someone, please flag this content as inappropriate. We encourage different opinions, respectfully presented, as an exercise in free speech.
Staples High School

Mr. Heaphy's students speak out on the issues that will be important to them as new voters in the next election!

Letter to the president on abortion

Prescription painkillers are causing young adults all over the nation to become addicted and even move to drugs such as heroin. Something must be d...

To Change a Curriculum

College should be cheaper, but not free

If college was free, the value of degrees won't be the same at the value as they are now.

we should change the education system

we have many students across the United states who need to be given the chance to shine in every way possible from how they get educated to the var...

Education of the youth

A look into the educational needs of our young citizens.

The Kids Are Not Alright

Why adults believe teenagers are a plague to society, and why this needs to change.