Hello, my name is Kyle Villano. I live in Newburgh, New York and I am in the ninth grade at Newburgh Free Academy. One of my concerns for the future is the environment. This is a political issue that will affect not only you, Mr. or Ms. President, but everyone in the world! Currently, we are putting dangerous toxins into the air which is not only bad for humans but bad for the environment. If we continue in the direction that we are heading, we are sure to plunge our society into absolute chaos!

Currently, our world is using too much oil. In fact, since the year 2015, the world has extracted about 62.5 billion barrels of oil, and the number keeps growing according to an infographic from the Guardian, “How much fossil fuel has been used in your lifetime?” That is enough oil to fill about the Empire State Building about 59,729 times (Guardian). With all this oil being produced it must be used somewhere in the world. That means that all this oil is burned and put into our environment. This is causing global warming which is rising our seas. So far,in July 2016, the sea rose a striking 84.8 mm. since February 1993 according to infographic from NASA, “Global Climate Change: Vital Signs of the Planet”. This may not seem like a lot, but for cities that are on or below sea level like New Orleans, this is a life therenting matter, and if we keep this up, cities will become fully submerged in water and thousands of people will be displaced. The worst thing of all though, is that this is happening already around the world. A prime example is the Island of Tybee Island, Ga. where for part of the year they are cut off from the mainland because the sea rises and covers the only road that gives access to the island “Flooding of Coast, Caused by global warming, Has Already Begun” by Justin Gillis. This means that if we don’t do something soon, the sea will continue to rise and “swallow” cities to their final watery resting place.

Even though this all seems terrible, there is still time and multiple ways to fix this. One way to fix this is to go solar. According to a documentary called “The End of Oil”, we can help to fix the environment by using a different source of electricity. If we use a clean source of energy like solar we can power cars in a clean way and we could even make a new, clean source of energy that can power cars that don’t run on electricity. This clean source of energy is made from hydrogen. You get the hydrogen from water and you pot it into a fuel cell. The only problem is it uses a lot of electricity and with the way we are currently making electricity that is a problem, but with solar, a clean renewable energy source, it isn’t. Another way that solar power could help the environment is through solar roadways. According to a New York Times article called “Solar Roadways Offer a Possible, if Distant, Remedy for E.V. Range Anxiety” by Jim Movatalli, solar roads are being tested and if they pass the tests, they will be able to do things like charge electric cars while they are driving and light up to tell people things like slow down, there is an accident ahead. This will allow to become more environmentally friendly because the road will actually be solar panels and eliminate the need for street lights which are powered by fossil fuels like oil, and instead, light the night with the lights built into the road.

The world is slowly killing the environment by using fossil fuels. This is causing Global Warming which is causing sea levels to rise. If we continue to use fossil fuels, then sea levels will continue to rise and cities like New York City, Newark and Boston, most likely will become submerged if we continue the way we are heading according to an article on www.livescience.com called “The 20 Cities Most Vulnerable to Flooding” by Tai Ghose and Staff Writer. Finally, even if a person doesn't’ use that much fossil fuels, they can still help by raising awareness. I believe that it is your duty, Mr. or Ms. President, to solve this problem before it gets out of hand.

The images in this document can be found on:

https://en.wikipedia.org/wiki/Petroleum_industry_in_China (Oil being extracted from the Earth) 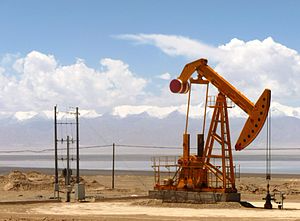 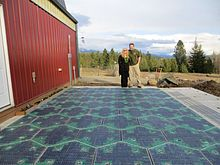 global warming environment
Published on Nov 1, 2016
Report a problem... When should you flag content? If the user is making personal attacks, using profanity or harassing someone, please flag this content as inappropriate. We encourage different opinions, respectfully presented, as an exercise in free speech.
Excelsior Academy

One of many Immigration Stories

A fictional story based on many true stories, where a girl has to go through the difficulties of being an immigrant and getting deported.

In our letter, we delve into the deep issue of faulty background checks and other gun control related topics.

Abortion should be used for only the right reasons.

Something Needs to be Said!

Immigrants taking American jobs is an issue and we need to say something about it. Immigration and jobs are connected and thus impact the economy.

In this Letter a very important concern for School Budgets are addressed.

Global warming and climate change are real, current, and man-made. We need to be the ones to fix the issue.