There are many things that I would like you to change in this term as president, especially persuading more youth to vote. The youth aren't voting for many reasons. For instance, a survey conducted to eighteen-year-olds showed that they don’t vote because they don’t know how to. This is a problem because the United States is a democracy, but is it really a democracy if many people don’t know how to vote? We must educate the youth on the importance of voting because as a U.S. citizen, we have an obligation to vote.

A couple of weeks ago I attended a Political Festival at San Diego State University. The speaker asked the audience, “How many of you vote and are younger than 26?” The number of people that raised their hand could fit into one of my hands. This was quite shocking to me because this conference took place at a college; therefore, I inferred that there would be more youth attending. On the contrary, there were lots of adults. So this had me thinking, why don’t young people vote?

This question has also been asked by The Economist, which has pieced together some reasons why 75% of voters aged 18 to 30 chose not to participate in the 2010 midterms. One of the reasons was that they are just completely oblivious about voting. It isn’t something that seems to concern them or their interests. Not only that, but also many young people refuse to go to the polls because they don’t feel they have political efficacy. According to the The Economist, "Young people do care about politics: they just dislike it. Less than a third think that running for office is an honorable thing to do, according to research from Harvard University, while two-thirds think that politicians mostly go into public service for selfish reasons.” This is why the youth distrusts the government. One of the main reasons, if not the main reason, young voters don't cast their ballots is because politics doesn't serve their interests. Ironically, the reasons loop around themselves because the reason politics doesn't serve their interests is because they don't vote.

If qualified young voters actually voted and their voting turnouts were 75% rather than 25%, issues such as the student debt crisis would rise to the top of politicians' priority lists. There are many who want to improve the youth voting turnouts, such as the Democrats. On October 7, 2016, Michelle Obama told students that voting might improve their sex lives. “Bring that cute guy or girl you have that crush on,” she said. “Trust me, they’ll be impressed.”

Democrats are trying to encourage more youth to vote by addressing their issues such as college debt and making education more affordable for them. In Louisiana, Mary Landrieu, the incumbent senator, is working to diminish interest rates for student loans and bigger grants for poor students. She has also danced the “Wobble” at a tailgate party and has helped a 28-year-old perform a “keg stand.” But in the end she has made a serious, specific effort to appeal to young people and gave them a reason to vote.

These are the type of initiatives that I want you to make so that more qualified young voters go out and vote in every election. Therefore I want you as the President of the United States of America to make changes to improve this issue.  Thank you for your time and have a productive presidential term. 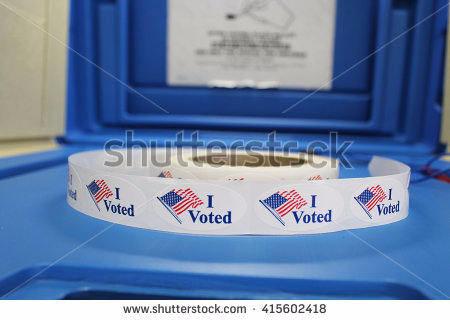 elections voting millennials
Published on Oct 14, 2016
Report a problem... When should you flag content? If the user is making personal attacks, using profanity or harassing someone, please flag this content as inappropriate. We encourage different opinions, respectfully presented, as an exercise in free speech.
The Preuss School UCSD

AP Tests Are More Important Than The SAT/ACT.

I believe that AP tests should be given more emphasis for students' academic abilities, than the SAT or ACT tests.

Immigration is a huge problem in the US

Xavier Coonrod asks the next president to remember that Americans who are too young to vote still depend on them to make decisions representing the...

Younger Teens Should be Able to Affect the Voting Polls.

Believe it or not, younger teens these days really do care about politics and what goes on with our government, but they can' affect what goes on. ...