Hi, I'm Bernard and I'm from New York. I'm originally from Panama and now I'm in my final year of high school. Racial profiling has become worse and worse in every state and it is unnecessarily killing people. The police are taking advantage of people of color and different religions. If you train the police to not discriminate people by their skin color, it might be the solution to this problem. I believe that you need to solve racial profiling right away because there is too much conflict between the police and the people right now and that makes our country less safe.

"Some people believe that the use of racial profiling damages confidence in the police. Trust is very important. People are angry about some cases of killings by police. African policemen killed people who did nothing wrong. They did not even have guns. The police officers were not punished." Police are using their power against any type of skin color or religion, as you can see what can be a discrimination against human beings and are killing innocent people who have nothing in crime. Former Attorney General "Holder said the practice corrodes trust in the police, an Important factor at a time of public anger over cases in which officers who killed unarmed black men faced no charges." In the United States former Attorney General Eric Holder, in 2014 made an announcement that the authorities would not to judge someone for their opinion, dress, or the way they look because people in the society are not agreeing with all this murder that the police has taken away from some family. According to an article called "Polls show that whites and nonwhites have different views on the fairness of U.S. law enforcement" "City records show that New York in detention, whites used to own guns at a rate up to two times higher than blacks and Hispanics." The police's authority take someone else's life has been a big problem against black people.

No one can’t accept how dirty the authorities are treating people  because when police are asking to search for illegal weapon that’s not helpful for people. They are going to think that they’re criminals and if you don’t have permission to do that then you shouldn't do it. 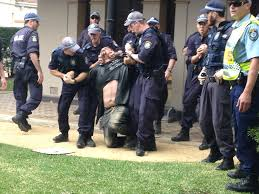 race discrimination police brutality
Published on Nov 8, 2016
Report a problem... When should you flag content? If the user is making personal attacks, using profanity or harassing someone, please flag this content as inappropriate. We encourage different opinions, respectfully presented, as an exercise in free speech.
Brooklyn International High School

The problem that million of students are concerned about is the huge college tuition that is not affordable. ​

Taxes are unfair to our people

In America the last years the taxes have started to increase a lot for the people who are in the middle class and that money goes to the government...

IMMIGRANTS HAVE A DIFFICULT TIME LIVING IN THE UNITED STATES BECAUSE THEY DON'T HAVE GREEN CARDS AND THEY FEEL UNSAFE.

Many innocent people are being killed by guns in this country, the sooner we take action the better it is for the country.

Keep undocumented immigrants in the US

Islamophobia is a growing issue

Islamophobia is a serious growing issue in our country. Day by day the problems connected to Islamophobia are growing and it is affecting millions ...

Help Save our Oceans

The letter I have wrote is about ways we can help save our ocean by getting all of the garbage out and also ways we can use less plastic.

What is your health care?

Health care is helpful and important. However it is personal choice to get insurance or not.

Dear Mr./ Mrs. President, The biggest problem in the United States right now is police brutality. I think it is a big problem that we hav...

Police brutality is becoming a big problem facing America. Especially when it involves life and death.

Police abuse power and kill people for unnecessary reasons. Families are affected when police kill their loved ones. There is always another side t...