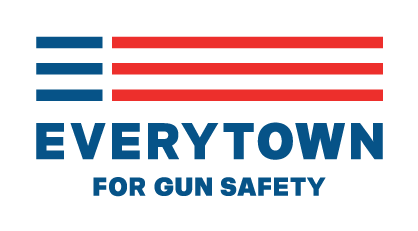 Dear President of the United States of America,

I, as an American young citizen and part of the American society, honestly and personally believe that Gun Control is a very important topic, which should be everybody’s main focus. The U.S government and you the president, should take more responsibilities towards this because, it’s an issue in our country nowadays. It has gotten a lot worse as the time goes on. Everyday in our society, we see a lot of murders, innocent people involved and affected, even kids sometimes. One of the candidates running for the President’s position, well know as, Hillary Clinton said, “There are few issues more in­trac­table than guns. In 2013, after the massacre of 20 young children and six educators at an elementary school in ­Newtown, Conn., a bipartisan compromise to expand background checks for firearm purchases failed to pass the Senate despite overwhelming popular support and President Obama’s backing”. This is an issue that you should take care of deeply and better because, due to this we can actually say and see that our country and our people aren’t really safe, as it supposed to be.

It is clear and understandable, that for some people the use of a gun is important because, it’s for self defense, sport, and self well being. As we can see in our country, this isn’t really how it is because, there are people who shouldn’t have the right of the use of a gun because, they aren’t responsible or mature enough to have it. In the 2nd Amendment it says that, everybody deserves the right to bear arms but, I don’t think this applies to everybody in exclusive. The biggest problem due to this is the daily deaths that there is. Elizabeth Warren, best know as the senator of Massachusetts, said, "The next time someone uses a gun to kill one of us, a gun that we could have kept out of the hands of a terrorist, then members of this Congress will have blood on our hands”. She means by this, that next time someone is shot, it is our fault for letting bear arms for everyone, it is our fault for not taking that gun away from that terrorist when we could have. The government should establish strongest laws that applies to everyone equally about bearing arms. I personally believe that, only people who seems to be eligible should carry a gun, researches and analysis should be done to these people as well in order to do this. Just like Obama once said, “To help ensure that guns are not sold without background checks, changes are being made. The Justice Department's Bureau of Alcohol, Tobacco, Firearms and Explosives is updating their guidelines. The new guidelines say that the government should consider anyone "in the business" of selling guns to be a dealer. The government will also consider other factors, including how many guns a person sells and whether those guns are sold for a profit”. The country is suffering a lot due to this issue because, mainly it’s more about the death of humans being and those who are innocents who are being affected without a reason.

If Gun Control is better take care of, things could be different because, it’s all about self management when it comes to fire guns, and thinking about others well being too. I, as part of the U.S community, strongly believe that you as the President of the United States, should think more about the security of the people, by analyzing more about what would be the best for people by doing something about an issue that should be changed in a positive way. We the people, should also take actions on behalf others and ourselves in order to help our society and make this a better place for one another.

violence death 2nd amendment right to bear arms children
Published on Nov 6, 2016
Report a problem... When should you flag content? If the user is making personal attacks, using profanity or harassing someone, please flag this content as inappropriate. We encourage different opinions, respectfully presented, as an exercise in free speech.
Brooklyn International High School

People keep dying in the United States, because guns are out of control and I want the president to take a look very close at gun sellers and try t...

Letters to the next president about jobs and the economy.

GUNS SHOULD BE MORE STRICTLY CONTROLLED

The problem connected with guns is that there is not very strict security, because when people sell a gun they have to see what kind of person they...

The truth hidden behind police brutality

Police brutality has been an issue that was ignored for ages, and now it has become a major problem in our society. And it is way deeper than lack ...

A letter in support of gun control

Hatred Toward Muslims After 9/11

Immigration is an issue that needs to be addressed in the right matter. It is crucial that our country accepts the reality that in order to thrive,...

How is college important to you?

As this funny quote says “ their is NO elevator to success. You have to take the stairs." What I am trying to point out is that education is the O...

Whoever the next president may be, gun control should be on their mind.

Hello, I am a student at Dobbs Ferry Middle School. My name is Louis Albanese and I really care about our planet being fine and intact for the f...

Is taking our guns away really the answer

Domestic Violence: Will We See a Change?

Domestic violence can be as deadly as a gunshot.

I believe in the Second Amendment and believe that we should keep it.

How police brutality is causing harm to us and it can affect more innocent people.

Americas homicide and gun violence rates are at an all time high.

Three-fifths of a Person