I believe that the greatest problem facing our country at the current time is poverty. It is, in my eyes, more dangerous than terrorism and it affects more people than any disease. Poverty is within our borders, and it goes undetected most of the time. As president, one needs to deal with problems like this that are ravaging our country. As a whole, poverty affects 50,000,000 people in the country. To add to that, food stamps keep another 5 million out of poverty. Poverty also does not just put middle age Americans in distress, it is also bad for children and elderly people. According to a study by UC Berkeley, without Social Security more than half of people 65 or older would be in poverty. Whoever becomes president must make fighting poverty a priority for them. Something we could do is provide a living wage for poor workers to support their families. Also, we could incentivize companies to provide paid sick leave and other benefits by giving them tax cuts if they comply. Something else that would be beneficial for the country is affordable child care. This would be a really good idea to help out parents go to work and it would actually spur growth in the economy as well. If we use our resources intelligently and we attack the right issues the right way we can fix them and make life better for the citizens of our country. 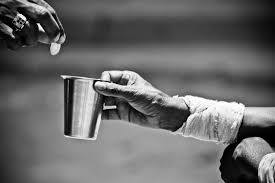 Poverty
Published on Nov 7, 2016
Report a problem... When should you flag content? If the user is making personal attacks, using profanity or harassing someone, please flag this content as inappropriate. We encourage different opinions, respectfully presented, as an exercise in free speech.
Bala Cynwyd Middle School

Mental health needs to be spoken about in this country.

My Letter to the Next American President

A discussion of bettering US relations with Russia...

The importance of immigrants in our country.

The minimum wage must be raised to help around 1.7 million people in the United States to stay out of poverty.