I am writing to you today to try to show you why we should be teaching American Sign Language in schools. It is a county/school district matter, which means each separate county chooses what languages are taught as classes, but I believe that you (the National Government) should try to push American Sign Language as a foreign language little more. ASL is very important, it makes it easier to communicate with people that are hearing-impaired. ASL isn’t random hand gestures or charades, it is an important form of communication. If we teach kids and young adults ASL now, then in the future more adults will know ASL and will be able to use this skill to their advantage.

Every country’s hearing-impaired community is different and decides at some point what signs signify specific words or phrases. ASL, American Sign Language, is very important, and most people should have at least a basic knowledge of the letters or common words and or phrases. Deaf people can’t always have a translator on hand to help communicate. Some people can’t afford a translator, or just don’t want one.

According to the Modern Language Journal 92 (2008), Pennsylvania (where I live), had officially recognized ASL as a foreign language, along with many other states before 2004. A total of thirty-eight states (including PA) in a table of collected data from 2004 also recognized ASL as a foreign language. In two other states, there was a pending recognition. In ten states, they had not yet proposed ASL to their state legislatures.

There was a bill that was considered in Pennsylvania’s state government, House Bill 572, that required that some teachers would be certified in American Sign Language. This bill was actually passed in October of 2002, to take effect in July 2003. The bill sadly “died” and no further steps were taken to put it into motion. This bill is said to be in the state of being reconsidered by Pennsylvania Representative Rich Irvin. Once a state recognizes a language (such as ASL) as a foreign language, school districts in that state can choose to teach the language. What this means is that school districts in Pennsylvania and thirty-seven other states, can teach ASL as a foreign language.

It has been proven that learning sign language as a child can average a higher IQ by 8-13 points. In my pre-school, Lane Montessori, we were taught basic French, Spanish, and ASL. Of course, in ASL, we only learned basic signs for family relations (brother, sister…) and signs like stop, go, goodbye, and good morning. If we had continued learning more complex signs, I’m sure that I would have wanted to continue learning ASL.

In my elementary school, second graders and higher (through fifth grade) were taught Spanish. When graduating fifth graders moved to the middle school, and moved into sixth grade, and combined with other elementary schools in our district, we continued with our elementary school language, but in seventh grade could decide to take either Spanish, French, or Latin. Many of my classmates from my original school switched to the other language options. I know that I, along with many others, would have loved to have the option of learning sign language in seventh grade and higher.

My sister is currently at NYU in her first year, and is planning to have a double major in Math and Computer Science. I was talking to her over the phone a few weeks back, and she mentioned that she was possibly going to minor in American Sign Language. I was excited at that prospect, because I remembered her having a knack for remembering the basic commands and letters. She said that she would possibly teach me some of the signs if she chooses to minor in ASL. I hadn’t known that it was possible to minor in ASL, or to learn it in universities. Looking more into that, I found that many universities are now making that an option. It excites me that ASL has become a possible language at some universities. If universities teach it, then maybe school districts can too.

Thank you for taking the time to read this letter, or have one of your staff read it. I wanted to bring this to your attention, and I hope that you consider nudging school districts all over to teach ASL.

A Future Citizen of the United States, 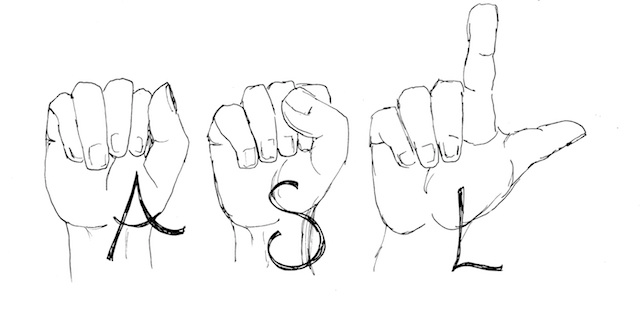 american sign language public schools asl
Published on Nov 5, 2016
Report a problem... When should you flag content? If the user is making personal attacks, using profanity or harassing someone, please flag this content as inappropriate. We encourage different opinions, respectfully presented, as an exercise in free speech.
Bala Cynwyd Middle School

This letter is adressing the issues and impacts because of gun control laws within schools.

Can I Get Some Sleep Please?

Do teenagers really get enough sleep? No. Does sleep deprivation have effects on school performance? Yes. Can we stop it? Yes

Why is everyone so ignorant?

Our public education system is too focused on objective-based learning and it is causing the People of the United States to become more ignorant an...

Public school funding is low and inconsistent because of varying property tax incomes.