I am extremely concerned about the inequality and the discrimination towards members of the LGBTQ+ community. Did you know that 68% of the LGBTQ+ youth have experienced their elected (or to be elected) leaders saying negative things about the LGBTQ+ community? If you truly want to be a positive impact on our society, more specifically the LGBTQ+ Youth Society, then there needs to be a change, and this is extremely evident, looking at statistics. For example, 42% of the LGBTQ+ youth say that they’re living in a community where they’re iced out, and isolated. They say the people around them don’t accept who they’re attracted to and think who they are is not okay. If you truly want to make a serious change in this world, and do good during your term in office, I think the number one priority should be making everyone feel accepted in their own homes, especially the LGBTQ+ youth.

Did you know that the LGBTQ+ youth are twice as likely to be physically and verbally bullied than their fellow peers? Furthermore, Pennsylvania, along with many other states have laws that say every school receiving funds needs to have a Non-Bullying Program. And although the programs are often pretty thorough, I know from experience that they often don’t raise awareness about bullying the LGBTQ+ youth. Therefore, I believe that you, as the President, can raise more awareness about bullying, and prevent the isolation of the LGBTQ+ Youth further.

My last statistic I would like to show you, is that 77% of the LGBTQ+ Youth say they think things will get better. That says, that even though these beautiful, individual human beings are being bullied, and deal with hate everywhere they go, they still have hopes. They believe in us that we’ll start accepting, they believe in themselves to grow stronger, and lastly, they believe in you, to stop this inequality and hate.

I believe you can take this issue on in many ways. For starters, we should make our anti-bullying programs more inclusive and informed on the topic of LGBTQ+ rights and equality. Also, I think it’s a good idea to start keeping everyone informed about the LGBTQ+ population. I feel that the reason some people are so ignorant or unaccepting about the LGBTQ+ community is because they’re uninformed, or don’t know what it is, or are generally just very confused. Some people might also be scared, because this whole community and LGBTQ+ Pride culture is very different and new. But, if we can explain it to them, and better inform them, more people will understand that this is not a horrible, scorned lifestyle choice, and that the people in the community are actual good human beings. Lastly, I believe that time will make people understand, and adapt, and accept the most.

Thank You For Your Time and Service, 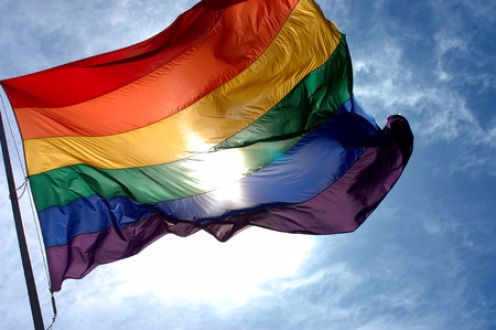 lgbtq rights equal rights
Published on Nov 11, 2016
Report a problem... When should you flag content? If the user is making personal attacks, using profanity or harassing someone, please flag this content as inappropriate. We encourage different opinions, respectfully presented, as an exercise in free speech.
Bala Cynwyd Middle School

My letter is about Gun Violence in Philadelphia

Letter To Our Future President

Our nation should not discriminate!

Stop the Extinction of Wildlife

Many endangered species have been and are being hunted by humans into extinction.

I believe the Bathroom Laws, such as House Bill 2 which forces people to use the restroom that is of their biological gender, should be repealed! N...

LGBT don't deserve to be treated the way they are.