Gender equality has always been and still is a big problem in the United States and all around the world. Women to this day continue to fight for their own rights and for the chance to change the future for women, yet are still not getting the rights they deserve. This needs to be stopped. Women should be treated as men are today. According to statistics shown, “Women with full-time jobs still earn only about 77 percent of their male counterparts’ earnings” (MAKERS, pg 1). This proves that women don’t get their fair share. Also, “62 million girls are denied an education all over the world” (MAKERS, pg 1). This statement confirms that in some areas, even schools discriminate against the different genders or races. Finally, “In Saudi Arabia, women aren't allowed to drive and are discouraged from working jobs that would put them in contact with men. The unemployment rate for women is 34 percent for women, 7 percent for men” (MAKERS, pg 1). This comment verifies that people around the country still think that a woman’s only job is to work around the household and some women around the world aren’t even allowed to have other jobs. One place in the United States where gender equality is most needed or would be most impactful would most likely be Utah and Wyoming. I believe this because it has been shown that in those areas that women are in a disadvantage for receiving larger pay or larger executive positions. This is a shame because there is nothing to prove that women can’t do or receive the same things that men do. I believe that Gender Equality should be the priority of our future President because there is still a lot wrong with how women are treated compared to men and that this unfairness needs to be resolved so that women are treated as fair as men.

My position on the issue of Gender Equality is that we should have equal pay for similar jobs between genders and have no discrimination towards another gender. I think that although equality between genders has improved a colossal amount in this generation, there is still a lot that needs work. I think that the United States should enforce a law that states that all persons with the same job, no matter what gender, deserve equal pay/hours. With this law enforced, there would be more peace between the people. Also, the poverty rate of women would become much smaller. I believe this because “According to a recent regression analysis of federal data by IWPR, the poverty rate for working women would be cut in half if women were paid the same as comparable men” (IWPR, pg1). This matters because with this law enforced, there will be more justice for all women around the country. Women won’t feel jealous about salaries of other men and we will all feel more peace. Secondly, In all schools around the United States, all genders get the same attention and education from all teachers and should have no discrimination toward anyone. If this was made a law, women would get the proper education that they need, giving more opportunities and causing them to make better choices.“Providing girls with an education helps break the cycle of poverty: educated women are less likely to marry early and against their will; less likely to die in childbirth; more likely to have healthy babies; and are more likely to send their children to school. When all children have access to a quality education rooted in human rights and gender equality, it creates a ripple effect of opportunity that influences generations to come” (UNICEF, pg1). This law matters because better education would make all children better people and would give them the needed knowledge of many important things. These steps would bring more attention the the major needs of all women and would bring more tranquility throughout the country.

One thing that others may think is that the pay gap and rules we have for gender equality now are actually beneficial to our society. People may think this because they believe that women are made for helping with children and other household chores because children have proven to listen more or attach more to their mothers. Also, some people don’t like change so they stick to what it has always been. One example may be that women always tend to leave the workforce for children anyway. I know this because “A recent ICEDR global study found that company leaders believe that women around the age of 30 leave the workforce because they can’t find the proper work-life balance or are planning to have children” (TIME, pg1). This matters because it proves the mindset of others, that women always tend to lean toward leaving the workforce for children or just life all together. Although that may be a good argument as to keeping the same rules for gender equality, I still believe that a lot that is wrong with the world today is because of gender and racial discrimination.

Something that you as the president could do to resolve the issue of gender equality would be to make one of my original claims into a law or something to the general point of my claim(s). This issue is of course most closely connected to the Global Goal of gender equality but if I had to pick another goal it was connected to it would be any of the first four, which are no poverty, no hunger, good health and quality education. I would relate my issue to any one of those goals because those are all key things that women still have the disadvantage to that our country needs to work on. Working on this issue could help the US support the UN’s initiative by working to create reconciliation between everyone around the world and would all together cause there to be less war and disagreement. This issue is a priority for your agenda because I can assure you that creating these laws will cause friendship between everyone in the country and would result in less chaos throughout the world. 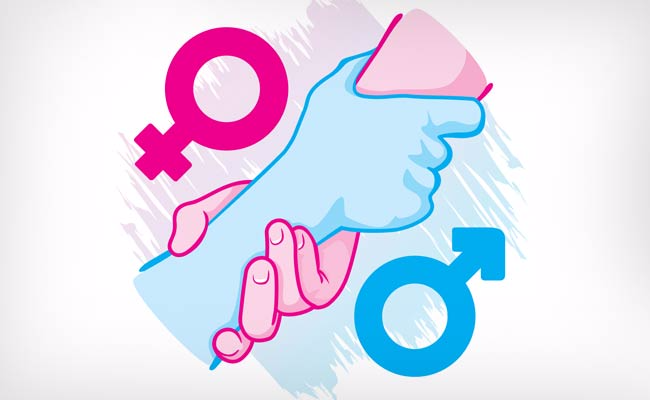 I think that this picture very much connects to what I was writing about in my letter because in my opinion, bringing these gender equality rules to our country will bring all out tranquility between genders throughout the country, and this photo represents that completely.

In conclusion, gender equality is still a major problem for women in the United States and all around the world. To resolve this issue, women should be paid the same amount of money as men and girls should have the proper education they need.

womens rights equal pay equal rights gender equality
Published on Nov 9, 2016
Report a problem... When should you flag content? If the user is making personal attacks, using profanity or harassing someone, please flag this content as inappropriate. We encourage different opinions, respectfully presented, as an exercise in free speech.
Chaska Middle School East

schooling and how much work gets put into it

Students and the amount of homework they are getting and how it is effcting there lifes outside of school, and there metal health

Something needs to be done about animal abuse. In the following letter are suggestions of solutions.

Religious freedom laws are being passed in states across the country and are harming those of the LGBT community and otherwise.

It is a woman's right to choose

An honest question about why women are paid less than men in some areas.

Women are not being treated equally compared to men and that needs to change now.