I believe that nutrition and health is a high priority for the United States right now. “One in four Americans is pre-diabetic or diabetic.”... “The National Institutes of Health even states that four of the six leading causes of death in the United States are linked to unhealthy diets” (Mercola, 1). Every year, almost 3 million people die from complications of obesity, and $2 trillion is spent on medical costs or lost due to low productivity (Marron, 2). To stop this from happening, there should be a tax on sweetened beverages and highly processed food products. Research suggests that moderate taxes on certain products can influence how people eat, making them healthier and potentially lowering obesity rates in the United States by 1-4% (Marron, 3). A frightening majority of Americans don’t live a healthy lifestyle, so really everyone could benefit from this. If people eat more nutritious food and less processed “junk”, they will be more likely to live happier, longer, and more active lives.

The government should be working to help people in the United States have healthier diets because many people aren’t getting all the nutrition they need, which can lead to health problems. If the people with those health problems don’t have insurance, others end up paying for them through taxes. Although many people think they eat healthy things, or try to, most don’t succeed in actually getting the nutrition they need.

The American Heart Association and other nutrition websites have plenty of suggestions on how to maintain a healthy lifestyle, but few people manage to follow those recommendations. “Per the government’s 2015 dietary guidelines, we should all be eating more whole foods, reducing our added sugar and sodium intakes, and limiting how often we consume meat, especially the processed kind” (Schumaker, 1). So, why aren’t we doing those things? Foods with high levels of sugar and sodium tend to be cheap, easily-accessible, and last a long time because of all the preservatives in them. A lot of people are also deceived by “low fat” or “low calorie” products, which look healthier, but actually aren’t. Processed foods often use “substitutes” for whole ingredients in order to reduce the number of calories they contain and prolong their shelf life. When this happens, products often lose nutritional value and gain unwanted chemicals. This leads me to my next point: when people eat weird chemicals instead of real nutrients, health problems happen. While many products look healthy on the outside and may even claim to be, “A great source of fiber and protein!”, their ingredients can be pretty sketchy. The United States’ top two crops are soy and corn. They aren’t so bad by themselves, but the most common ingredients made from soy and corn are soybean oil and high fructose corn syrup, both of which are major contributors to poor health among Americans. “High fructose corn syrup (HFCS) has repeatedly been shown to be a driving factor behind being overweight and having poor health outcomes.”...“soybean oil is another common unhealthy ingredient in many processed foods and soybeans can be severely and systematically contaminated with high amounts of the potent herbicide glyphosate. Additionally, over 85 percent of all corn grown in the US is genetically engineered (GE), which further increases the risk of high glyphosate contamination.The safety of either of these items has never been proven” (Mercola, 1). In many products, high fructose corn syrup or soybean oil is one of the first ingredients, and people end up eating high amounts of them every day without realizing it. As stated above, this can cause major health complications.If high fructose corn syrup is so bad for people, and soybeans are often contaminated with herbicide glyphosate, then why are they still being used in food?

Unfortunately, while it may seem like an easy solution, putting taxes on certain things might not work out the way people would expect it to. Rather than making products their healthier, businesses could just change their ingredients to things that aren’t being taxed. Also, many people might not choose to change their diets based on the new taxes because they still have enough money to buy those foods anyway and not enough time to make healthier things themselves. Ordering a pizza or microwaving a packaged meal is often much more realistic for busy families than cooking. A lot of people have also grown accustomed to eating processed foods with added sugar and sodium, and wouldn’t be too eager to change their diets. Likewise, even if certain ingredients are taxed or banned, producers of foods containing those ingredients may just use different ingredients that are equally bad without actually making their products any better. “In principle, taxes can encourage businesses to develop and market healthier products; in practice, most existing and proposed taxes fail to do so. Taxing sugary drinks based on their volume, for example, does nothing to encourage businesses to reduce the sugar content of their products (unless they can eliminate it). Taxing sugar content would be more effective. It would encourage businesses to reduce the sugar in existing drinks and to introduce new, lower-sugar alternatives, and it would encourage consumers to switch to less-sugary drinks” (Marron, 3). Before creating a tax on unhealthy food and drinks, we need to understand what would make the tax most effective to actually influence the decisions of companies and consumers. “Taxes can change what we eat and drink.”...”Consumers appear to find it easier to switch away from sugary drinks, which have many alternatives, than from other foods and drinks” (Marron, 2-3). So, it would be a good idea to start with taxing things like soda and other sugary beverages, because it's easier for people to find something to replace it with. Obesity most likely couldn’t be solved by new laws and taxes alone, but a tax on sweetened drinks would at least be a step in the right direction.

To summarize, I think there should be taxes on the sugar content in beverages and highly processed foods containing high fructose corn syrup and soybean oil. More nutrition requirements for the fast-food industry may be helpful as well, such as using smaller portion sizes and fresh ingredients. Improving the nutritional value of food in our country would contribute to global goal #2: “end hunger, achieve food security and improved nutrition and promote sustainable agriculture”. Health is an important part of the United Nation's global goals. Within the United Nations, nutrition is one of the World Health Organization’s priorities. Obesity isn’t just a problem in the United States either. Many other countries are struggling with it as well, and some of them have already introduced new taxes on sweetened beverages and processed foods, like I’m suggesting. If we ignore the problem, it will only get worse, so it’s important to take action as soon as possible. 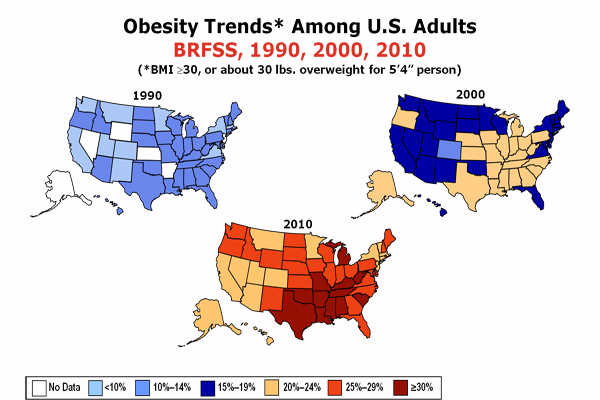 Taxes health agriculture nutrition
Published on Nov 9, 2016
Report a problem... When should you flag content? If the user is making personal attacks, using profanity or harassing someone, please flag this content as inappropriate. We encourage different opinions, respectfully presented, as an exercise in free speech.
Chaska Middle School East

Women and men deserve all of the same rights and opportunities. Also, women should not be known as the lesser gender and should be treated with mor...

This is a letter about asking next president to act quickly to prevent deaths caused by drugs.

How will the next president use solar energy to meet our demanding energy requirements?

America needs to stop with people going against police because the media portrays them as a bunch of racist idiots who care about nothing except th...