On average, women are earning 20% less than their male coworkers. “In 2015, female full-time workers made only 80 cents for every dollar earned by men, a gender wage gap of 20 percent. Women, on average, earn less than men in virtually every single occupation for which there is sufficient earnings data for both men and women to calculate an earnings ratio.” (IWPR.com, 1) Women nationwide are affected by the gender pay gap. I believe that the gender pay gap should be a priority of the future president because woman who work just as hard or harder than the men around them aren't earning as much money. I believe that this is unfair that gender comes into mind when a company is figuring out how much to pay their employees. Like the American Association of University Women’s website asked, “And what, exactly, does gender bias have to do with paychecks?”

I think that companies should stop thinking about the gender of their employees and start thinking about how much effort each of their employees puts into their work. According to the Economic Policy Institute, some people assume that the gender pay gap is just affected by gender bias and that it is okay because it is just someone's opinion. “Too often it is assumed that this pay gap is not evidence of discrimination, but is instead a statistical artifact of failing to adjust for factors that could drive earnings differences between men and women.” ( Jessica Schieder and Elise Gould, 1) In the future I want to get paid just as much as my male coworkers for equal work. I am a strong believer that equal work should mean equal pay and I don't want to stand by while men who are doing the exact same work as me are getting paid more. The gender pay gap has changed in the last few years but it will take a long time before the pay evens out to being equal. The Association of University Women’s website stated that the pay won't equal out until the year 2152. “According to the U.S. Census Bureau, the earnings ratio hasn’t had significant annual change since 2007. The gap has narrowed since the 1970s, due largely to women’s progress in education and workforce participation and to men’s wages rising at a slower rate. Still, the pay gap does not appear likely to go away on its own. At the rate of change between 1960 and 2015, women are expected to reach pay equity with men in 2059. But even that slow progress has stalled in recent years. If change continues at the slower rate seen since 2001, women will not reach pay equity with men until 2152.” (AAUW, 1) Until then there will still be a gap in the pay checks between men and women. Women deserve to be paid equally now. If you do the math, we have to wait 136 more years until we get equal pay. That shouldn't be the case.

However, some people believe that the gender pay gap doesn't exist, so it's not a big deal. That may be the case for some companies but statistics show that it's a big deal in most companies. People are saying that the pay gap is just a myth and we don't need to worry about it. “One of the most common arguments made about the gender pay gap is that it simply doesn’t exist. Take this Wall Street Journal op-ed lamenting the “The ‘Wage Gap’ Myth That Won’t Die,” or this one from CBS Money Watch that asserts “The Gender Pay Gap Is A Complete Myth.” Read the comments in just about any article on the subject. Pay gap deniers abound.” (Nake Kamrany, 1) There are people that don't believe in the pay gap or they don't care about how women only get 80 cents for every dollar men earn. But all that adds up to a bigger amount of money in the end.

I think that you should work to minimize the gender pay gap and promote equal work means equal pay. This issue is connected to the gender equality global goal. If we fixed this issue, it would help the US support the UN’s initiative because we will be increasing the gender equality in the US so they have one less problem to worry about. The US serves as an example to the rest of the world and if the US fixes this problem, the rest of the world might follow our example. This should be one of your priorities because it is unfair to women across the US that we get paid less just because of our gender. Why should gender affect how much money you make? There is a simple answer to that question. It shouldn’t. 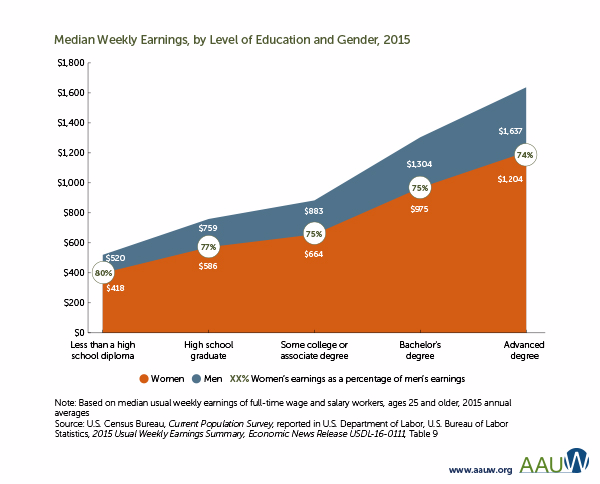 gender wage gap gender equality womens rights
Published on Nov 7, 2016
Report a problem... When should you flag content? If the user is making personal attacks, using profanity or harassing someone, please flag this content as inappropriate. We encourage different opinions, respectfully presented, as an exercise in free speech.
Chaska Middle School East

We need more education and advertising against drinking while pregnant which causes physical and cognitive disabilities to the babies born with Fe...

Equal Pay for all

I want there to be equal pay for my generation, and I'm willing to fight. I say, if it does not matter whether you are Asian, African American, Eur...

The gender pay gap is a big problem. Women are getting paid less than men. Although this problem is getting better, it is not good enough. Everyon...