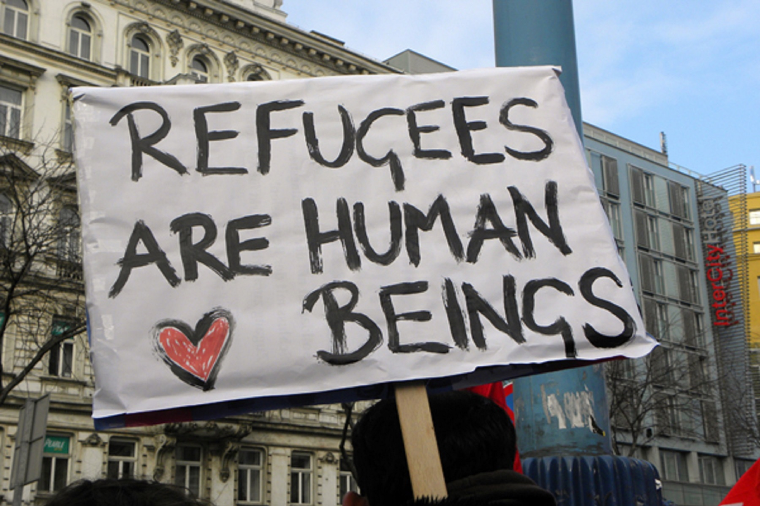 First, congrats on your election! Although you probably know better than I do, there are a lot of big issues coming your way and always remember all these issues have major significance to a certain population of this vast country you now lead. With that said, these issues also pertain to people living outside the country: exiled people seeking asylum, immigrants searching for a better life, refugees fleeing for safety.

Immigration is one topic that really hits home with me as a second generation immigrant. Seeing and hearing all the nasty stuff that is said about immigrants like “What if they’re terrorists? Don’t let them in if they might be a terrorist!” Typically, these comments are aimed at the Muslim or Middle-Eastern communities. Guess what America? In a Daily Beast article by Dean Obeidallah, only 2% of worldwide terrorist attacks from 2010-2015 were executed by Muslims. In addition, a 2014 CNN article stated that there are less than 106,000 jihadists worldwide; so, compared to the 1.6 billion Muslims, it is more than unfair to say that all Muslims are terrorists.

When was the last time you heard about a 6-year-old terrorist? If I could guess, I would say probably never. That’s because children aren’t born with the instinct to victimize and attack people who are different from them – this quality is completely taught. With that in consideration, 41% of refugees today are children according to the United Nations. These children have done nothing to deserve the horrible circumstances they’ve been put into and it’s not fair to deny them entrance into our country solely on account of their race or the fact that a few people from their country are terrorists. Personally, my dad could have been any of those 6-year-old boys rejected acceptance into our country. When my dad was 6, his parents took their 8 kids and left their home country of Vietnam to flee from the Vietnam War that was ravaging South Vietnam. If not for a lucky lottery ticket and the generosity of several families who sponsored their travel to the US, my dad could have been any of those refugee boys, just longing for his family to find a safe home. Even if you don’t have a personal connection to immigration like I do, almost everyone in the United States has ancestors who immigrated here for a better life and more opportunities. With that said, how can anyone deny entrance to refugees who have proven themselves as safe citizens when they wouldn’t be here without immigration?

All in all, good luck with your presidency. Problems that you nor I can even imagine will arise and suddenly they will be your responsibility to properly handle while maintaining the integrity of the country and of yourself.

immigration muslim americans refugees islam
Published on Oct 18, 2016
Report a problem... When should you flag content? If the user is making personal attacks, using profanity or harassing someone, please flag this content as inappropriate. We encourage different opinions, respectfully presented, as an exercise in free speech.
Benilde-St. Margaret's School

This letter is about the issue of police brutality. It gives reasons on why this issue is so important right now and how to fix it.

This letter is about where America needs to place it's priorities.

Immigrants come over to America daily and not all are beneficial to the American society. I believe more regulations should be made to America's Im...

I think that the president should let illegal immigrants became U.S citizens.

All illegal immigrants deserve the same opportunities as American Citizens and should not be discriminated because of their race.

We need to reduce the amount of immigrants and check their back grounds because we might be letting dangerous people in we don't know if they are t...