My name is Micaela J. , and I would like to bring up the topic of  the start time of school, and what time of day you are required to be at the school. As a teenager,  about to register at a high school, I strongly believe that the start time of all high schools should be moved to a later time in the day, or delayed. In schools that have delayed the start of the school day, communities have seen reduced tardiness, sleeping in class, and car crash rates, as well as improved attendance, graduation rates, and standardized test scores.

If school were to start at a later time, teenagers would have plenty more time to get ready and such. Teenagers, like me, would have more time for extra quality work. Some high schoolers live far away because of being able to choose which high school you go to, and having a later start of the school day would reduce tardiness.

A National Sleep Foundation poll found 59 percent of 6th through 8th graders and 87 percent of U.S. high school students were getting less than the recommended hours of sleep on school nights; most middle and high school students need about 8-9 hours of sleep per night. Homework has a play in high schoolers not having enough sleep. A lot of teenagers don't get enough sleep from staying up all night, and they wear themselves out during the day.  If the start of school were delayed, or started at a later time, high schoolers would have more time for sleep, and their ability to concentrate and learn would not be so limited.

As communities have observed, when there is usually a delay in the starting of the school, there has been improvement in attendance and reduced tardiness. Not only would it give teenagers the sleep and time they need to get to school, it would be great for teenagers who drives themselves and parents who have to rush their kids to school everyday early in the morning.

With a later start for school, teens would get the sleep they need, have higher quality in schoolwork, reduce tardiness at school, reduce car crash rates, and eventually, build a stronger community than what we have today. Overall, it would be nice to have more time before the start of school. 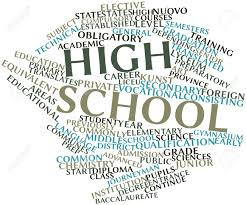 teen sleep problems school
Published on Nov 9, 2016
Report a problem... When should you flag content? If the user is making personal attacks, using profanity or harassing someone, please flag this content as inappropriate. We encourage different opinions, respectfully presented, as an exercise in free speech.
California Montessori Project - Capitol Campus

We need to close the Wage Gap!

Animals that have done nothing wrong are being abused. We need to stop all kinds of animal cruelty.

Social Media is fun, but it can be very dangerous if used incorrectly. Bullies have no limits; they can hide behind fake screen names and never ge...

Of Borders and Papers

Immigration a super big problem in the US.

Why affirmative action is not helping minority groups and is hypocritical to its own values.

People who have tattoos and piercings should have the same opportunities to receive a good job and be recognized as professional people.

A brief synopsis on the poison of standardized testing and why it is necessary to reduce their confluency in America.

Art in the Contemporary American Classroom

School districts and kids who move

High Schools throughout America Start very early and it's affecting today's teenagers in a negative way.

This letter discusses how the price of college is too expensive and should be lowered. Also, scholarships should be much larger.