Schools start way too early for kids to focus and learn. “The majority of the schools — a little more than 82 percent, on average — started earlier than 8:30 a.m. “ (YEAGER paragraph 5 )” These schools, for student benefit, should start at or later than 8:30 , but few do. "ONLY 17.7 PERCENT OF THESE PUBLIC SCHOOLS STARTED SCHOOL AT 8:30 A.M. OR LATER." (Guyon paragraph 3). This mainly affects middle and high school students across the united states because they are waking up very early to get to school on time and are going to bed late because they acquire massive amounts of homework daily. The lack of sleep causes them to be very tired during the day, retain less information, and decrease scores on tests. This should be a main focus for the future presidents because students are working very hard to keep up with school but it is a constant battle between getting enough sleep and getting work done and this results in bad health and bad grades.

My position on this issue is that it impacts me directly. I am an 8th grade student who is constantly staying up late to do homework and waking up very early to get to school by 7:25am. I believe this should be changed and all schools should start no earlier than 8:15 am. Schools start at 8:03 on average in America. "Among an estimated 39,700 public middle, high, and combined schools in the United States, the average start time was 8:03 a.m.” (guyon paragraph 5). This is an unhealthy time to be awake and learning.This is important because students are waking up very early for school and staying up late to get school work done. This lack of sleep can cause them to be dreary during school hours and can lead them to zone out more and retain less information. Moreover, Schools starting early also can cause health problems. “Starting school too early forces teens to lose a large chunk of what’s known as REM — or rapid eye movement — sleep. This type of sleep helps teens (and everyone else) control their moods. But that’s not the only problem. Too little sleep also has been linked with an increased risk of obesity, depression, drug use and other problems” (Yeager paragraph 7). This is important because students are facing loss of sleep and can make them moody, tired, depressed, and definitely not eager to learn. Public School start time is too early for students trying to get good grades, and stay in a good mood.

On the other hand, districts may time school starts in intervals to save money on busing. Schools starting early helps save money on buses because they can use the same ones for different schools in the district, only at different times. It would be more expensive for the high schools to start later because more buses would be required. “School now starts at 7:30 a.m., while the elementaries begin at 8:15 a.m. or 8:45 a.m. Moving to an 8:15 a.m. start at the high school and a 7:30 a.m start at the elementaries would require 48 more buses than this year, a hike of about $3.7 million, according to the report.” (Schott #3). This is important because we as a country are in debt, and this would cost a great deal more from taxpayers. Staggering busing can save money for school districts and may be a reason for early high school start times.

The solution may take a while, but will be worth it. The Future President should work with congress to pass a law saying no high school in the united states may begin earlier than 8:15am. This is closely connected to global goals number 3 and 4 , good health and quality education respectively, because if school starts later, students will get more REM sleep, be better rested, and be able to learn better. This will help the UN because it will show the US is working to give better education and lead to good health. This should be high up on the Future President’s agenda because in order to keep this country growing, inventing, and innovating we need our youth to have the energy and knowledge to come up with new ideas and bring their voices into our word. 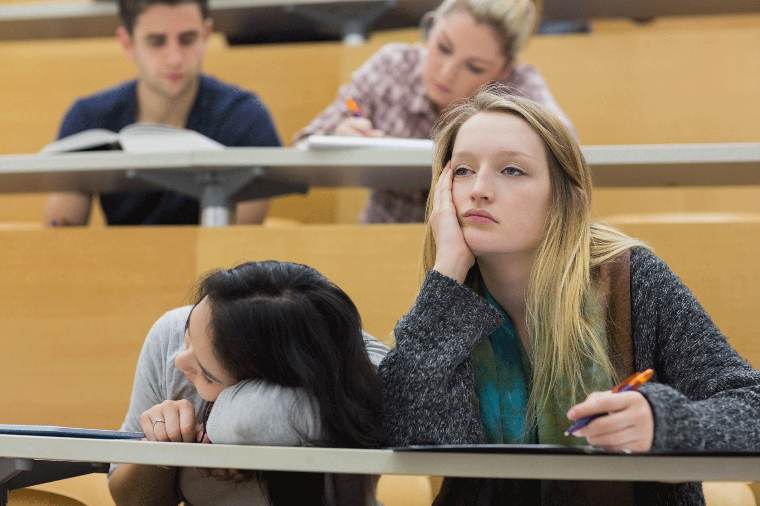 Students are very tired and can not learn well in early classes.

school health education sleep and school education system
Published on Nov 9, 2016
Report a problem... When should you flag content? If the user is making personal attacks, using profanity or harassing someone, please flag this content as inappropriate. We encourage different opinions, respectfully presented, as an exercise in free speech.
Chaska Middle School East

Dear President. Everyday we look around and see that everything is normal but many of the people we see everyday are homeless or struggli...

Cost of college is rising and doesn't look like it is slowing down.

Lack of specialized training for the school security guards

Security guards in the public school system are lacking the training they need to better protect and treat the students.

How we can stop Obesity in America

Standardized tests are damaging students' childhood and learning, and are causing too much stress.