A major problem facing thousands of young Americans, including myself, is the daunting task of paying for college. Becoming president comes with a lot of responsibilities that you need to be prepared to fulfil. One of the most important responsibilities of the president is to make sure the citizens you are governing are satisfied. Many issues face our country and it will be your job to take the best course of action. Fixing the national college debt should be a high priority in your term as president.

To begin, the actual amount of debt nationally should be stated. Leon Botstein (The Times) reminds us that our country currently has a student debt of around 1.3 trillion dollars, which is around 10% of all household debt. Mr. Botstein continues by saying that the average student debt has gone up over 20,000 dollars since 1993. He is calling for all student debt to be relieved, which he continues will “create a tremendous economic stimulus.”

The issue of free college tuition brings up an ethical question. Is it okay to deny somebody an education because they can’t afford it? Making some colleges have free tuition would be beneficial to masses of people in the country. Suppose somebody has a thirst to learn but they can’t afford to go to college. If that person was able to get a free or affordable education they’d be more productive members of our society. But how would that person fill their potential if they were never given the chance to go on to higher learning?

However this issue needs to have restrictions. For example to qualify for free college you must make less than a certain amount per year and have kept a certain GPA in high school. Allowing everybody in college a free education wouldn’t benefit the economy. Higher earning families can afford to send their children to college without drowning in debt that they’ll be paying off the rest of their life. Valerie Strauss from The Washington Post claims that only 40% of incoming freshman this upcoming year will finish their four year degree. That means 60% won’t for various reasons. Another reason to enable restrictions is to guarantee everyone who begins a degree will finish it. This way federal money isn’t being wasted on people who aren’t serious about school.

With the cost of college constantly increasing with no end in sight it will be even harder for future generations to send their children to college. A graph on TheWeek.com projects costs to skyrocket over the next twenty years. These prices will also increase the number of students who drop out due to the inability to afford their education. The possibility of rising costs is a big reason I believe there should be the option of free college.

Another visual text that comes from TheWeek.com shows that 54% of Bachelor’s holders are either underemployed or completely jobless. This causes a problem because lots of time and money go into obtaining a Bachelor’s degree. All that money should be worth it and not put into a job where these graduates aren’t paid enough to pay their debts. If they were given an education that was free or affordable they wouldn’t feel the pressure to get a high paying job. They wouldn’t have severe debts to pay off so being in a lower job wouldn’t be as big of a problem. The graduates would be able to live off what they made until they found a job that fit them better.

In conclusion, I believe college tuition and the rising national college debt in the country is overwhelming and is an important issue you need to look at upon entering office. If student debt wasn’t an issue there wouldn’t be a cumulative debt of over a trillion dollars. There is a problem somewhere that is making it hard or even impossible for some to pay their debts. Making college affordable for the working class will be extremely beneficial to the nation. Starting off with a more educated population, and ending with a boost in the economy. 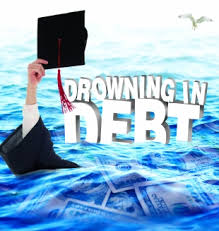 Education Costs student debt
Published on Oct 10, 2016
Report a problem... When should you flag content? If the user is making personal attacks, using profanity or harassing someone, please flag this content as inappropriate. We encourage different opinions, respectfully presented, as an exercise in free speech.
Cadillac High School

The high drinking age of 21 leads to irresponsible underage drinking.

Students in high school and middle school should be provided at least a 30 minute recess break throughout the school day in order to help with ment...

Nowadays, many students believe that high school is a waste of time. What can we do about this?

Gun Control has been a key issue in America of recent years, one that needs political action done to prevent future incidents.

Letter to the Future President for Eisele's class. My letter is about school systems having a program to help teens better understand the consequen...

This is about how the country needs to make stricter gun laws.

As difficult as it is for poor people to start and finish college, the current school system only drives them further into failure. We need everyon...

In 2012, 71 percent of students graduating from four year colleges were in debt. That's 1.3 million students in debt, and a 2 million increase sinc...