think black live matter is a big issue and it need to be fix many people don't care about it. It does in effect them you might not know how it feels to be discriminated against because your color but you can understand if u just listen. To me us please i hope you see this i might just be 14 but i know how it feel to be designated against.

I think this important because many people are killed day by police yes all live matter but right now are race is just dying most of the time for no reason. many people can say we are thugs we are criminals we can't be trusted but you can't throw one chip away because one is green.

People riot because they feel higher power doesn't listen to us so people feel if they get together as a whole then they will listen. as a african american male i shouldn't be scared to walk in a store and for them to think i steeling as a 14 year old boy that should be sad to happen to me. bernie sanders said “Sandra Bland can get into a car and then three days later she's going to end up dead. In jail”Black people after 17-year-old Trayvon Martin was post-humously placed on trial for his own murder. The killer, George Zimmerman, was not held accountable for the crime he committed.

That's not right how people can just shoot a kid and don't be guilty that's not right people may not know people take offense to that. As martin luther king jr said, “children will one day live in a nation where they will not be judged by the color of their skin but by the content of their character”.he shouldn't got shot because he look like a crime.

Tamir Rice, 12 Laquan McDonald, 17 Eric Garner, 43 Michael Brown Jr., 18 Christian Taylor, 19 Freddie Gray 25 it sad that people have to lose their kid one the really shocked me was tamir rice you would have really have hate in your heart to shoot a 12 year old boy. It was really about to shed a tear when research and write this. 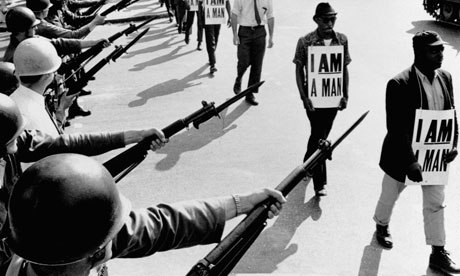 discrimination black lives matter police brutality racial profiling
Published on Oct 27, 2016
Report a problem... When should you flag content? If the user is making personal attacks, using profanity or harassing someone, please flag this content as inappropriate. We encourage different opinions, respectfully presented, as an exercise in free speech.
Kannapolis Middle School

What Bullying Really Does

Bullying is a big problem in the United States. 14% of high school students consider suicide and 7% attempt, but who knows how many actually succe...