Approximately 61,500,000 Americans experience some sort of mental disorder every year. This number is astronomically higher than it should be, and as President, you need to do something to help these people. Multiple problems in our country today, such as drug abuse, could be solved or at least reduced if we had better mental healthcare. Unfortunately, this is a topic that is very taboo, and neither candidate has spoken about it in debates. As President you need to make mental healthcare more accessible and more affordable.

First of all, many adults with learning disabilities (a specific type of mental disorder) have a difficult time getting through life. According to a report by The Poses Family Foundation, “46 percent of working-age adults with [learning disorders] report being employed, as compared to 71 percent of adults without [learning disorders];” a significant disparity that clearly demonstrates a huge part of the problem: people with mental disabilities aren’t getting the help they need. Moreover, 67 percent of the employed are being paid $25,000 or less a year, which is not enough money to live comfortably on. Furthermore, only 5 percent of people with learning disabilities get necessary accommodations from their employer, which leaves most people performing poorly or being fired. However, more than just adults are being affected; the Child Mind Institute “17.1 million [children] have or have had a psychiatric disorder,” These children aren’t getting diagnosed soon enough or at all and this causes a snowball effect of issues. For example, if a child doesn’t receive treatment for an anxiety disorder soon enough, he/she could suffer from depression, panic attacks, or even suicidality later in life. Additionally, there are not enough child psychologists in schools; there is an estimated 1,482 students for each school psychologist, which is obviously not nearly enough. Finally, dozens of people are unnecessarily dying every day due to suicide, including children. This, by itself, is tragic, but it gets even worse. Families have to pay thousands of dollars in funeral expenses and, in some cases, they lose an income that they depended on. Many suicidal people want to get help but are unable to because there are not enough psychiatric patient beds in America. PBS news wrote that there is “a critical shortage of state psychiatric beds is forcing mentally ill patients with severe symptoms to be held in emergency rooms, hospitals and jails,” and most of the time they don’t get the proper care in these makeshift facilities. Furthermore, increasing the capacity of mental hospitals would alleviate much of the pressure currently placed on overpopulated and underfunded prisons.

In conclusion, millions of people are suffering with mental disorders and are unable to receive the help they need. I may only be 13, but I have close friends and family with anxiety and depression, people who desperately need help but can’t afford a psychiatrist or therapist. Other people share my dream; such as Andy Borowitz, American writer and comedian, who said “I wish mental healthcare was as easy to get as, say, a gun.” Although gun laws are an issue for another day, he brings up an interesting point. Mr./Mrs. President, I look forward to the next four years with you, and hope you will consider my request. 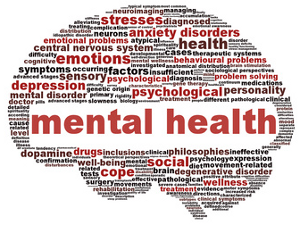 mental illness mental health suicide
Published on Nov 8, 2016
Report a problem... When should you flag content? If the user is making personal attacks, using profanity or harassing someone, please flag this content as inappropriate. We encourage different opinions, respectfully presented, as an exercise in free speech.
Patrick F. Taylor Science & Technology Academy

Racial Inequality in the United States: Is It Still An Issue?

Racial Inequality is a prominent occurrence, even in 2016. How will the future president work to unite black and white American citizens?

The rising cost of college tuition is concerning for those who with low income, and who can’t afford it.

A brief synopsis on the poison of standardized testing and why it is necessary to reduce their confluency in America.

College Tuition should be higher on the President's agenda and needs to be lowered if the President would like to see the youth of our nation succe...

The defunding of arts programs is an increasing problem and leads to an under appreciation and neglect of the arts.

Cost of Having a Mental Illness

Dear President, What's the real cost of having a mental illness?

This letter contains information about a big problem in our country that needs to be fixed: Mental Illness

Our veterans shouldn't have to live fearful, distressing lives. Lets bring more awareness to this issue.