Mario Balotelli once said, “Racism springs from ignorance.” Generally speaking, random people are being ignorant and judging by race and culture and not by character. For instance, in a recent article, it was stated that police officers are being shot. There has been as much as a 58% increase in police fatalities with a high percentage due to racial conflict. In the past, many great leaders, such as Martin Luther King Jr., have tried to lessen the color war between races, but some still failed to see that all people are equal and should only be viewed by their character. As our next president, I think you should try and gain a more peaceful nation by uniting all people regardless of race, religion or gender.

To begin, people have too many racial judgement issues. A consequence resulting from these conflicts is the increased violence against police. For example, there has been “38 shooting deaths of officers from January through August 26, 2016, representing a 58% increase in the number from the same period in 2015.” The death count has inclined because of racial opinions getting worse and not better because there has been to many fights. In addition to police shootings, gun violence in general, has been very plentiful in the past years. The amount of shootings that happened because of race, religion or gender fights has gotten out of hand. Our government has to have some kind of control without it, we are faced with terrible tragedies. For example, “As far as the horrible tragedy in South Carolina shooting they need more gun control.” The president needs to unite the people of all races. In fact, we are all one race the human race. It’s true that “People are fed up with hypocrisy… we talk about Christian laws… blacks ask themselves what is it that whites don't get” (Britannica)? All of this racial arguing is unacceptable and it needs to stop. Lets all become one nation, the human nation. 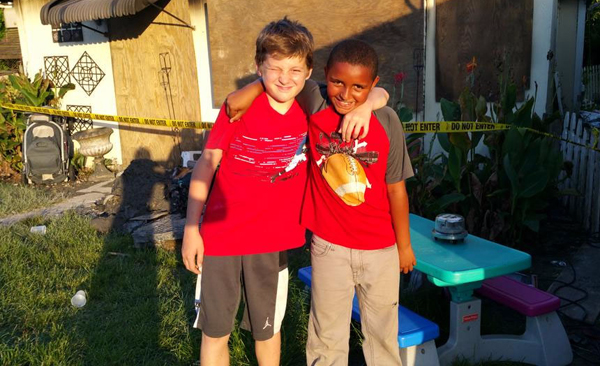 Racial Inequality in the U.S.A

Black Americans are being treated as poorly as they were in the 1960s. This is a huge step back now we are 50 years after the Civil Rights Movement...

The next president needs to help end racial inequality everywhere.

Racial inequality is a problem facing our country and we need someone to fix it.

Mental health is a serious condition, but is commonly overlooked by American society and public officials. It is the responsibility of the next pre...

It is about how I believe the government should do something to help the homeless youth.

As a President, there needs to be more education about all of what goes on with a gun, instead of having an ignorant viewpoint on guns. An educati...

Websites that promote eating disorders should be regulated.

I feel that police are being targeted due to the way ignorant people and the media portrays them? I would like to know what is your plan to stop br...

It's time that we work together to fix an issue that is long overdue. And act like adults while we do it, please.

Let's erase stereotypes to allow equality for all