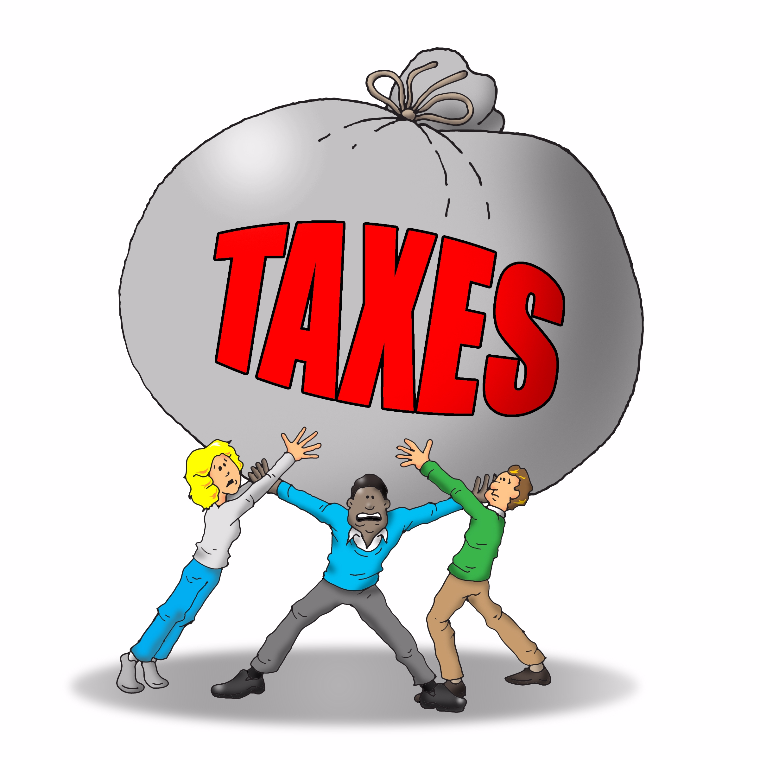 One of the most oppressive, yet uplifting basic concepts of any government, is taxes. Taxes are necessary to run a government. Taxes have been a common thing since ancient civilizations such as Greece and even before then, so if it’s not a new idea, why is it such a greatly debated and heated subject? Taxes can a great thing, if put towards the right things.

We are not socialist. Taxes originally, in the colonies, were put towards very basic things: roads, paying public servants, military, etc. In today’s time, taxes are put in place to ensure everyone is getting paid the same so life is fair and equal. Having life fair and equal sounds like a good idea in the perfect world, but it's not fair how much time, money, and effort some individuals are putting into a good career only to be slashed by taxes. Having those who work hard pay extra for those who don't isn't fair; we as a country shouldn't feed the growing laziness of Americans by providing exceptional welfare services.

While very cool and interesting, space exploration isn't where we need to put our tax dollars. Ann Martin as well as many others have observed that the United States gave NASA $17.6 billion in 2015 alone. There are so many things that money could be put towards on earth that could save and/or improve lives not just in the United States but in 3rd world countries such as those in Africa, South America, and places in the Middle East.

21 percent, ($3.7 trillion) of tax dollars goes towards military. Personally, I am totally for national protection in the form of an exceptional military; however, I don't see the need in having military in other countries and fighting other wars that don't concern the United States directly. America’s job isn't to force world peace upon everyone else, especially when we have our own problems we need to deal with. By cutting back the extent of our unnecessarily large military worldwide we could reduce taxes a ton.

Our country would be more successful with lower taxes. It not fair to limit the American dream by taxing the hard working. With just these three taxes lowered, it can make America the fair country that was declared in 1776.

Taxes
Published on Oct 14, 2016
Report a problem... When should you flag content? If the user is making personal attacks, using profanity or harassing someone, please flag this content as inappropriate. We encourage different opinions, respectfully presented, as an exercise in free speech.
Spanish Fork High School

I am a 16 year old from Louisiana who is concerned about the current plan for taxes.

As you may know, the US economy is slowly declining. This letter explains some ways that this economy can be improved, such as an increase in minim...

Taxes in the United States

The many problems with the tax system in our country is doing a lot of harm to individual lives, and the economy as a whole.