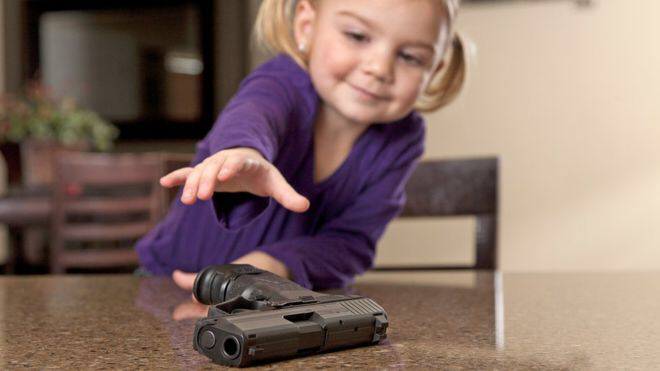 It's the start of my religion class and I have just been informed that there was another shooting. I don't even have it in me to be surprised,this will be just one of the over 100 school shootings I have seen just in the 17 years I have been alive. These numbers are more than just simple statistics, just the number of shooting doesn't tell the true tale. It is easy to look at the numbers and forget that these were once people with the future, family and loved ones. That it's not merely the victims who suffered, but their community as well.

It is repugnant to me our culture of glorifying guns. Even as much as “guns don't kill people”, they are still a deadly weapon that has been used often with fatal results. I understand, also, that many parents believe that they have allowed their children to be safe by either trained their children on the dangers of guns or hiding and locking them up. However, as the study: “Are Household Firearms Stored Less Safely in Homes With Adolescents?

Analysis of a National Random Sample of Parents

Renee M. Johnson, PhD, Matthew Miller, MD, ScD, [...], and David Hemenway, PhD” found that parents who said that all firearms in the house were safely hidden and the child had no knowledge of where they were, in 40% of the cases their children knew where they were. Also “ Nearly a quarter of the parents who reported that their children had never touched a household firearm were informed that their kids had, in fact, not just located one, but had their hands on it at some point.”(https://www.google.com/amp/s/www.thetrace.org/2016/02/child-gun-access-arizona-shooting/amp/?client=safari). This is a worrying statistic for many reasons, the first which is the prefrontal cortex is not developed children until the age of 21-25, this means the children in the study above from ages 5-14 are nowhere near ready to make objective decision. Also children are more impulsive and less likely to think of the consequences of their actions. Teenagers and children tend to have more mood swings due to hormonal changes, which further impairs logical thinking.

It is amazing how lethal guns are, not only for harming others but oneself. In the US 60% of suicides are conducted using a gun, and these suicides are 80-90% fatal. While I understand that not every gun owning parent is irresponsible in teaching their children the danger of firearms, even the small cases of children accidentally , or deliberately,shooting themselves or others, committing suicide are enough to make my skin crawl. I don't believe anybody should have access to firearms unless they were in law enforcement because I think it is too powerful a tool for destruction.

child endangerment gun issues
Published on Nov 7, 2016
Report a problem... When should you flag content? If the user is making personal attacks, using profanity or harassing someone, please flag this content as inappropriate. We encourage different opinions, respectfully presented, as an exercise in free speech.
Judge Memorial

Why Us Citizens Need Guns

how the next president will deal with gun control for the U.S.