I am an high school teenager writing to you today, in hopes of finding a solution, or an explanation on a topic that has caught my attention recently. This has been an ongoing issue that hasn’t been addressed as often as it should be. The crisis that I speak of is known as foreign aid. Although we spend a decent amount money on aiding other countries, the way that the money between the few countries is split, is very uneven. Moreover, the country with the most amount of money provided by the U.S. is as a matter of fact Israel. I understand that Israel is a country that’s involved in a lot of chaos and violence, however, I believe that the tax payers money should be divided more equally.

Our entire planet in this day and age has constantly been dealing with poverty amongst war-torn countries. And although the U.S. has contributed our share of the money provided by taxpayers, we still aren’t evenly distributing it throughout the many different countries in need. Through intensive research, I have found that the government has set 35 billion aside for helping the countries. However in 2015, almost a quarter of the cash went to five countries alone. Those five countries are Israel (3.1 billion), Egypt (1.5 billion), Afghanistan (1.5 billion), Jordan (1.0 billion), and Pakistan (933 million); as shown on cnn.com. With the rest of the aid, spread throughout the rest of the countries. The thought that came up in my head throughout my research, was why are we spending so much on Israel, when there are so many other places that need our help.

As I pondered upon my thought, I decided to do some research as to why we spent so much on just one country. From my research, I’ve concluded that the U.S. began sending money to Israel primarily for its military. The government, has also helped Israel out by funding Military Research Programs. Furthermore in 2014, more than 504 million dollars went out to U.S.-Israel Military Research. Surprisingly, there are also additional multi-million dollar deals, and a billion dollar US weapons stockpile that Israel can access in the case of an emergency, giving it ownership of one of the most advanced militaries; along with the title as one of the top ten arms dealers in the world. This whole deal that the U.S. has with Israel started however, in 1967 after the Six-Day War. It was then that the Pentagon saw the military, and decided that it would be a good choice to do business with them. Outside of nonmilitary aid however, the USAID has still given more to Israel, than it has to any other country in the world. Therefore helping it build libraries, medical centers, and even universities. However, with all the military support that the war-torn country has, shouldn’t we begin focusing our money and aid towards another country by now?

In short, I’m not suggesting that we cut ties with Israel, as they still need our help along with the other countries, what I’m suggesting is that we should begin redirecting the amount of money spent on Israel to other countries as well. With everything that’s going on in our society today, shouldn’t we try and make the most out of our budget? Being the big-shots that we claim to be, shouldn’t we at least have the decency to help out other countries by providing them with more aid? That’s a matter for you, future president, to decide as I am merely a teenager, with a mind, and a hope for a better tomorrow. 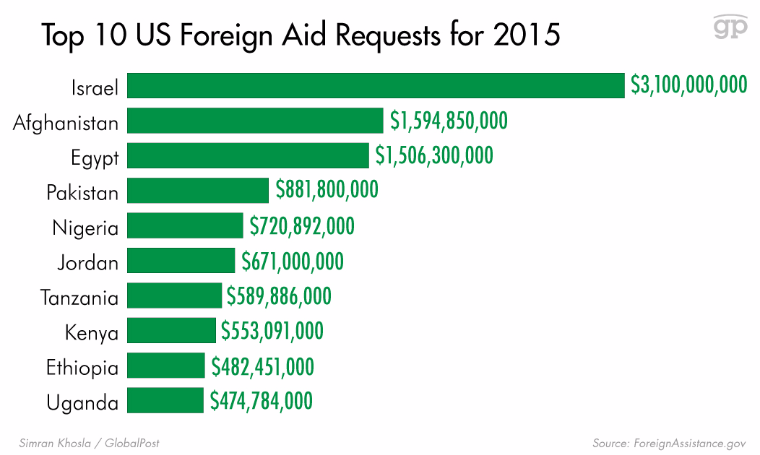 foreign aid Taxes
Published on Nov 9, 2016
Report a problem... When should you flag content? If the user is making personal attacks, using profanity or harassing someone, please flag this content as inappropriate. We encourage different opinions, respectfully presented, as an exercise in free speech.
Santa Clara High School

"Mommy I love you"

With a whopping total of 90 mass shootings in the years 1966 to 2012, something has to be done about gun control.

The Best Way to Help

Rather than trying to stop the aftereffects of the homeless problem, we should be addressing the root of the problem itself.

The times must change

Please, fix this , not for me, but for our country

Abortion shouldn't be illegal but there should be a limit on abortion.

The Importance of Public Healthcare Organizations

Closing down public healthcare centers, such as Planned Parenthood, is a disservice to millions of Americans.

Why taxes need to go down.