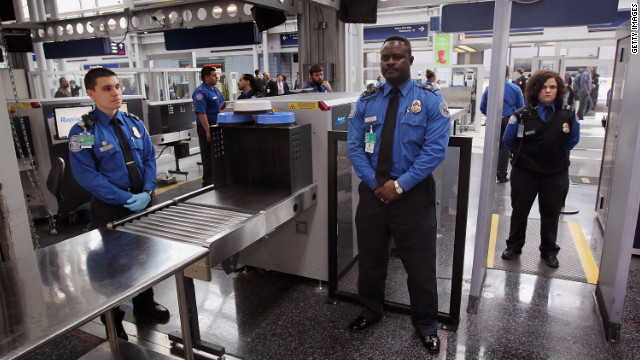 Mr. President I am sure you have learned many things in your journey to the presidency and you currently hold a great position of power which is why I am writing you today. I have come to understand that in the US we have a problem. The problem is airport security. It needs to be increased and the process streamlined. I think that airport security could be increased to save more lives and the process changed to reduce the amount of time to go through security.

While I cannot speak on an experience involving terrorism on a plane I can speak on the process of the TSA. Two summers ago I traveled to Europe and experienced the inexperienced inept TSA. I experienced problems on leaving the U.S but I will talk about my problems coming back into the U.S. I first was greeted by a very long waiting line to go through security and I knew in the back of my mind this could be fixed in many ways. Next as I got closer to going through security I saw someone who was speaking a foreign language and the TSA agent was lacking the skills to deal with this person. The TSA agent was yelling at the person in English and this lady from a foreign land had no idea what was going on.This may be the first person this lady sees in the US and do we want this to be her first impression of the great USA?

Approximately 1.73 million people travel by airplanes in the U.S every day according to quora.com. Every single one of those people must pass through airport security to get on a flight. This can cause long waiting times at airports and frustrated passengers who may miss their flight or connection they have to get to. Another problem with the TSA is they are ill equipped to deal with many situations. I have heard many security stories about TSA people yelling at foreigners who don't understand their language and don't respect these people or treat them with the respect they deserve. My last problem with the TSA is we need to increase our security to keep americans safe. A test was put out by the TSA is 2015 to see how they would do against people trying to smuggle guns through security According to goodhousekeeping.com The TSA had a 95% failure rate passengers were able to get guns and fake explosives past the the TSA 67 out of 70 times. These three problems show just how bad we need to fix and increase airport security.

Inadequate training is a major problem with the TSA. According to cracked.com on average the TSA has only one to two drills a year to test out their system. This means there could be major loopholes for months on months and the TSA doesn't know that there is a major problem in their security. Another cause the TSA being bad is there is not enough training time and the right training done to help the TSA agents in dealing with these situations like foreigners . These are two major reasons why the TSA is the way it is now.

The way to fix this would be fairly simple Mr.President one easy solution is to put a tax on airline tickets a safety tax. This would raise the much needed money that the TSA could use to fund better training programs and run more drills to make our airport security more safe fluent and easy. So it´s up to you Mr.President will you be the president to fix the TSA and make our country friendly and even more safer?

airport security safety Taxes security money
Published on Nov 4, 2016
Report a problem... When should you flag content? If the user is making personal attacks, using profanity or harassing someone, please flag this content as inappropriate. We encourage different opinions, respectfully presented, as an exercise in free speech.
Wauwatosa West High School

There is a vast horizon outside of our world, and we haven’t explored it. I hope that you will fund and promote the possibility of exploring space...

They should make the drinking and driving alcohol limit to 0.00%

Crime rate is too high.

I hope that our future president can do something about These serious attacks.

Reforms in Our Education System

For the good of the United States's future, the education system needs some change. Here are some ideas about what changes could be implemented and...

Should college athletes get paid

Privacy has been a major part of many teens and young-adult's lives as newer tech is being released. It should be very important that we have decen...

The foster system has many faults. If done well, it can do a lot of good. But if done poorly or not managed, can be a living hell for all people in...