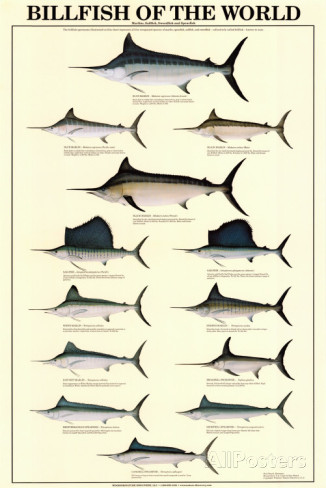 Catch and release tournaments are based out of all places around the world for mostly target species like billfish. The point of the tournament is to hook the fish and then photograph the catch with a camera provided by the tournament owner. Fisherman record the fighting of the fish, grabbing the leader ( shock fluorocarbon line to prevent fish from snapping line) and touching its bill. Every participant gets a card with a number on it. The fish that are caught are recorded on a tag card.

According to www.billfish.org Since the year of 1990 235,410 different species have been caught tagged and released, but who knows if some of these even survived the release, A few ways to make sure these beautiful fish are released, alive and well, is to start in a fisherman's tackle box with the hooks they use. The first precaution a fisherman needs to take is to replace J-hooks, (hooks formed in a J-shape) some places for example like on the west coast of Florida you are not allowed, to use any hook besides a circle hook while fishing for billfish. also replace all of your treble hooks ( three hooks in one to make sure you never lose your catch) Replace all of those with they safe and efficient circle hook. Circle hooks are used for better hook sets and also they are much easier to extract from the fish's mouth because most of the time the hook sets in the corner of the mouth.

Some people if not most people in this country believe we have bigger fish to fry, like fighting our enemies and feeding the hungry. But if we can handle all of those thing we can definitely help save our own ocean which is apart of a lot of people's livelihood. So it's important that we make sure as citizens of this country we are able to save the ocean so that generations to come have plenty of fish to catch and it will also provide food for people in need. So please Future president help us save our ocean.

fish substitution catch release water ocean
Published on Nov 7, 2016
Report a problem... When should you flag content? If the user is making personal attacks, using profanity or harassing someone, please flag this content as inappropriate. We encourage different opinions, respectfully presented, as an exercise in free speech.
Brielle Elementary

What deadly toxins could be hiding in america?

Violent Video Games and Their Impact on Today's Youth

It is constantly being said that the violence and graphic images of video games are corrupting the youth of today, but perhaps it is time to find o...

Fish substitution has slowly become more and more a problem.