Whether or not abortion should be illegalized is a big debate in our country right now. Not only do people disagree on the subject ,but there have been big protests about it. I believe that whether or not a women wants to have the baby is completely her choice. The government should not have control over the child's and mother's life. They do not know the situations that these women have been and gone through. According to procon.org “asking women why they had an abortion found 73% of the respondents said they could not afford to have a baby and 38% who said giving birth that interfere with their education and career goals.

Abortion is a legal right of a women, A what she does with the life in her stomach is up to her not up to the government. Telling a woman that having an abortion is the same as saying all form of guns and shooting leads to gangs. They use gun s in the military and those men and women defend our country. It is crazy that people think it is okay to tell women what to do with a matter so serious especially when it is none of the government or anybody else's business.

The constitution says that women have control over themselves and that includes the life in their stomach. Most women abort the baby for a good reason. They are doing what they think is right for the baby and saving them from what could and mostly would be a bad life.

People think that killing babies is wrong no matter the circumstances ,but this is untrue some mothers do this so that their children don't grow up in a bad environment and some people just don't have the money to take care of the baby and give it the life it deserves. 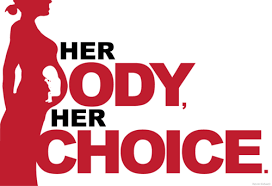 abortion
Published on Oct 25, 2016
Report a problem... When should you flag content? If the user is making personal attacks, using profanity or harassing someone, please flag this content as inappropriate. We encourage different opinions, respectfully presented, as an exercise in free speech.
Rahway Academy

Why are school uniforms are important in schools?

A letter to end abortion.

A letter about why Planned Parenthood should NOT be defunded.

I believe that abortion should be illegal because life begins at the moment of conception, abortion is unsafe for the mother, the baby is still li...

Abortion is the deliberate termination of a human pregnancy. It can be done medically or by medication.