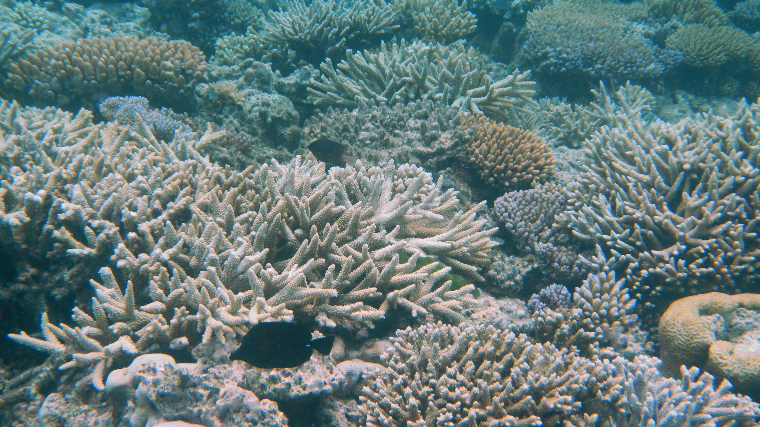 Congratulations on being elected. I am sure that you are being flooded with policy ideas and requests about the next four years. To make my request different from the others I think we should talk on a more personal level. Hey. How's it going?! Try not to mess up the country too bad ha ha. But on the real, there's a lot of things that America is not doing too good of a job at currently. I think it's your generation's fault more than ours but it's OK because I think my generation can fix it. You know what we can't fix on our own though? Climate Change especially relating to the Great Barrier Reef.

Yeah that's right. The scary looming issue that no one wanted to address in the debates. What is up with that. I don’t think that many people realize how messed up our environment is. Recently the Great Barrier Reef was pronounced dead. Thankfully this is not yet true but according to a report by the ARC Centre of Excellence for Coral Reef Studies, 93% of the reef is affected by bleaching, putting the reef in danger of extinction really soon. My generation took to Twitter to mourn like experiencing the loss of a close friend however not much of them do anything other than just that.

This is where you come in. The Great Barrier reef can be saved. Professor John Pandolfi from the ARC Centre at the University of Queensland says "It is critically important now to bolster the resilience of the reef, and to maximize its natural capacity to recover, but the effects are serious and possibly permanent.” We need to work as a nation to protect this amazing work of nature. Australia and Queensland’s 2050 plan has helped to bring back the reef. They have accomplished 29 of its 151 intended actions, but the recovery process needs to be accelerated if they want to continue to be successful.

To help them be successful we need to raise awareness. Not by pronouncing the Reef dead but by explicating ways we can save it. We must give college students research projects about the Reef so we can further our understanding and better our methods of salvation. I want an equivalent of the American Red Cross Association to be founded for the Great Barrier Reef. It would be much appreciated, seeing I haven't been able to see the Reef in its current glory and I hopefully will get the opportunity sometime in my life.

Thank you for your time and consideration.

With the utmost respect,

climate change great barrier reef environment ocean coral reef
Published on Nov 7, 2016
Report a problem... When should you flag content? If the user is making personal attacks, using profanity or harassing someone, please flag this content as inappropriate. We encourage different opinions, respectfully presented, as an exercise in free speech.
Judge Memorial

Fighting Against True Evil: The Need For a Global Crusade Against Climate Change

In politics, it is rare to find an issue that transcends the differences among cultures globally; however, climate change truly is a universal evil...

Over Consumption, Waste and Damage to Our Environment

The United States is a wasteful country, arrogant in its consumption. Americans have too much material wealth, waste vital resources and, in the pr...

This letter is about some small changes I want our future President to make when he or she goes into office.