The death penalty goes against the Constitution because it limits people of equal rights. William J. Brennan stated that “death is an unusually severe punishment” and that “it treats members of the human race as non-human.” Our country claims that all people living in this country will be guaranteed equal rights, but using the death penalty denies that person of that. The death penalty also goes against the part of the Constitution that says no human shall receive unusually severe punishment.

The death penalty is not necessarily “racist,” but it has been shown that a person of color has a higher chance of receiving the death penalty rather than a white American. The National Association for the Advancement of Colored People said that “Despite the fact that African Americans make up only 13% of the United States population, 50% of the people on death row are African American.” Our country has been trying to work away from the racial gap for over 50 years and the death penalty is not helping our situation.

Some people say that the death penalty helps stop crime. They think that just because someone has the punishment of death they won't want to commit the crime. Crimes that are punishable by the death penalty are very severe crimes that do not just happen randomly. These crimes would have to be planned out in order to be successful. So the person that is committing this crime will not care if they are killed. Using the death penalty is going against our constitution, so we need to work together to solve the problem. 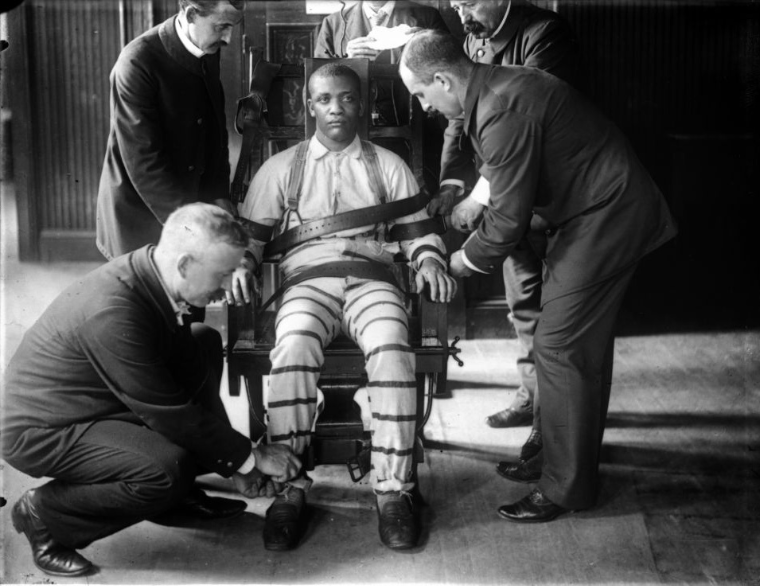 death penalty
Published on Nov 2, 2016
Report a problem... When should you flag content? If the user is making personal attacks, using profanity or harassing someone, please flag this content as inappropriate. We encourage different opinions, respectfully presented, as an exercise in free speech.
Okoboji High School

Human trafficking is a big problem that happens all over the world that needs to be stopped.

My opinion about the death penalty.

The death penalty in the United States needs to be abolished. It serves no real justice to the community. We as a country need to re-think this pun...

We need to review the death penalty.