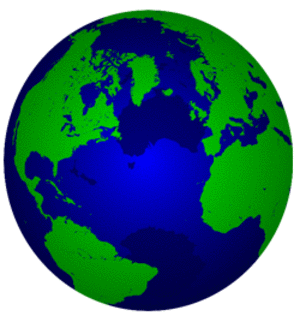 The future of our country is now in your hands. You will be credited for the good and bad of everything that happens in the next four years, and it is up to you to see our future and lead us in the right direction for success. It is now your decision what is discussed and what is changed in the coming years, and I think that the issue of global warming is an issue that needs to be addressed. It is a problem that if we don't address it right now then the consequences that it will have in the future will be devastating.

The issue of global warming has been a talk for some time now. Is it a hoax? Is it a reality? The average temperature of the earth is constantly increasing because if the degrading of the ozone layer of our atmosphere. From Atmas News, starting in 1983 and continuing through 2012, the last 30 years have been the warmest on record since the early 600’s AD. This is because of the all the pollutants that have been pumped into the air beginning during the Industrial Revolution in the 18th century.

Pollutants in the air are destroying the ozone layer of our atmosphere. Greenhouse gasses, such as carbon dioxide and methane, absorb heat that would otherwise escape the atmosphere. These gasses are created from many factors including cars and industrial buildings.

This pressing topic will have a big impact in our near future. What will happen? What will we do? How will we fix the problem? These are all questions that need to be answered to ensure the future of the earth. To take care of the earth is to take care of ourselves.Even though the United States are only one country we are responsibly for 25 percent of the pollutants that are being pumped into the air yearly. If we don’t start changing the way that we go about daily life now, it will be too late to change later. Even though we will not be able to stop global warming, we are able to slow it down by using other forms of power other than the burning of fossil fuels. An article from buy clean energy explains the impacts that renewable resources will have in our future, stating, “It is possible to make electricity from renewable energy sources without producing carbon dioxide (CO2), the leading cause of global climate change.” We need to make the change to more renewable resources like solar power, wind power, or hydroelectric power.

So this question is for you Mr./Mrs. President:

What will you do to ensure the future for our planet that we call home?

global warming
Published on Oct 28, 2016
Report a problem... When should you flag content? If the user is making personal attacks, using profanity or harassing someone, please flag this content as inappropriate. We encourage different opinions, respectfully presented, as an exercise in free speech.
Okoboji High School

You're in a foreign country by yourself. What would you do?

Some people can't afford the medicines they need because the price is too high.

Allow children to live up to their full potential.

Global warming is the most pressing issue we face today as a global community yet we focus more on our selves than all of us a whole.

Global warming is causing lots of problems around the world. If we don’t try to stop it these problems will get bigger.

Global Warming Is Threatening Our Future.

Allowing global warming to continue unchecked is putting today’s society and that of future generations at risk of losing the world as we know it t...