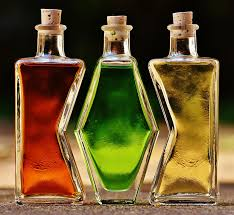 Some people think that the legal drinking age should be lowered, but it could have a negative effect. People might not be able to make a good and safe decision about alcohol if they are not 21 because they might not be responsible enough. ProCon. org said, “Opponents of lowering the minimum legal drinking age argue that teens have not yet reached an age where they can handle alcohol responsibly, and thus are more likely to harm or even kill themselves and others by drinking prior to 21.” It can affect their reasoning and judgment. Because of this, they are more likely to drive drug or drink too much.

Some researchers have proven that if a teenager has too much alcohol before a certain age, it can negatively affect their brain. Dean-Mooney wrote, “Research has shown that the harmful effects of alcohol abuse are magnified on a teenager’s still-developing mind.” The brain is an organ that is essential for life. When people with still developing brains drink it can cause permanent damage to the brain.

Additionally, a person's brain does not stop developing until the beginning or mid-20's. Alcohol can affect a person's brain all over, and the damage can not be undone. Dean-Mooney also wrote, “A person's brain does not stop developing until their early to mid-20's. During this period, alcohol negatively affects all parts of the brain, including cognitive and decision-making abilities as well as coordination and memory.” If the brain is damaged in these parts, it will make it harder for a person to make rational decisions and to remember things that are important. This can make school and even work harder to do and be effective in.

Also if the legal drinking age was to be lowered, then it would make it easier for younger teens to get alcohol. Already kids as young as 12 are getting their hands on alcohol. It could be easier for them to get it because they would not have to look as old and they might have a friend that is old enough to get it for them. It would also be harder to keep alcohol out of school related events if there are people that can legally have it and are willing to share it with people that are not old enough to drink.

Regardless, of the negative effects it can have on a person, some people still think it should be lowered. Their argument is that it can help stop teen drinking and binge drinking. It can stop underage drinking because it could be easier to keep track of how much alcohol someone is buying. ProCons. org said, “Proponents of lowering the minimum legal drinking age from 21 argue that it has n stopped teen drinking and has instead pushed underage binge drinking into private and less controlled environments, leading to more health and life-endangering behavior by teens.” Just because the drinking age is 21 does not mean teens are not drinking. If the age was to be lowered, then it would be easier to keep track of who is drinking and how much they are drinking.

In conclusion, the legal drinking age should not be lowered from 21. It can have a negative effect on a person’s still developing mind and their judgment and reasoning. It would also be harder to keep even younger kids from getting alcohol because they would not have to look as old. Also at school events, it could be harder to keep alcohol out. The legal drinking age might be high, but it is a safe age for people to start drinking.

underage drinking
Published on Oct 28, 2016
Report a problem... When should you flag content? If the user is making personal attacks, using profanity or harassing someone, please flag this content as inappropriate. We encourage different opinions, respectfully presented, as an exercise in free speech.
Okoboji High School

Warming Up the Talk About Earth's Atmosphere

The cost of college is affecting our future and the people who want to go to college but can't afford it.

Food waste is a serious problem around the world with a very easy solution.

Did you know that many people each year die from drunk drivers its a very shocking number. Drunk drivers should have harsh penalties to make them n...

dear future president ill like you to make a few changes

I wrote about being an adult at 18 and not being able to drink or have tobacco products.

Changing the MLDA to 18 could prevent many drinking related problems.

My letter is about under age drinking and drug use and how to solve it.