In my letter to the president, I will address multiple topics including: immigration, race, and other influential and controversial themes. When thinking about immigration, of course, immigrants come to mind. Certain races, certain ages, and certain genders also come to mind. Where immigrants come from, what they do when they get to the US, how the US cares for them/doesn't care for them, and how America see immigrants once they are here are all things that are different ideas for everyone. In America, perspectives on immigration have changed drastically. Some events, like the attack on the twin towers on September 11, 2001 have caused national security to be a prominent issue. The fear of terrorists has increased border control which has caused letting more immigrants in to become a bigger, seemingly more dangerous act.

When it comes to immigration and the immigration policy, there are many plans to improve it and the U.S. all together. The plan to restrict immigration is something that would definitely benefit America as a whole and there are many factors to support it. To clarify, there would not be an entire restriction of immigration, just a decrease in acceptance and the acceptance would be based on certain requirements. We would develop a plan to speed up the citizenship process by simplifying the test questions for entry into the U.S., implementing a citizenship process identical to Canada ( it is a shorter process than the US and also has a website directly linked to applying for citizenship and more), and accepting a certain amount of immigrants per year.

People come to the U.S. for protection, for opportunity, for their family, and many other reasons. There's a difference between an immigrant and a refugee, though. A refugee is someone who seeks protection in another country because of conflict or persecution in their own while an immigrant is a person who comes to live permanently in a foreign country for whatever reason. Undocumented immigrants are the problem since immigrants benefit our country in many ways which include immigrants boosting the demand for local consumer goods, Immigrant-owned businesses creating jobs for American workers, and immigration reform increasing America’s GDP.

Even though I only touched on it slightly earlier in this letter, prior historical events do greatly affect the immigration policy and how immigrants are seen. In 1952, the Immigration and Nationality Act calmed down restrictions against immigrants from Asia. The act “placed priority on reuniting families and attracting highly skilled professionals.” -U.S. Immigration Policy in an Unsettled World.

I feel as though immigration could help the U.S., but in certain areas. Specifically talking about Mexico, undocumented people cross the border from Mexico to America in hopes of getting a job, having their own property, etc. because the pay in Mexico is not as high as it is where they used to live. Since so many people are coming over, as a country, we have decided we are going to try and prevent this. People in America started to feel odd about the situation because they felt as though these immigrants were taking natives' jobs. Our unemployment rate was increasing and we could not have immigrants taking the jobs because that's unfair to the US citizens who were born here. That is why there is so much political confusion when talking about illegal immigration. 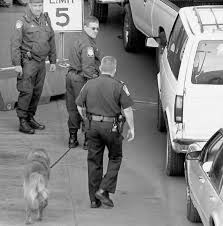 immigration job market change race mexico relations
Published on Nov 6, 2016
Report a problem... When should you flag content? If the user is making personal attacks, using profanity or harassing someone, please flag this content as inappropriate. We encourage different opinions, respectfully presented, as an exercise in free speech.
Science Leadership Academy @ Center City

This letter is an argument for an open borders policy in the United States, and it talks about the maltreatment of Muslim Americans. It speaks on ...

Open Ourselves to the World

Allowing immigrants to come to the U.S without so many complications

My letter to the future president.......

Immigration Plan for the Next President

The evidence of history drives us towards compassion.

The Death of Capital Punishment

An argument for the abolition of Capital Punishment. It doesn't deter crime, it is expensive, and it is inhumane.

My Thoughts on Immigration

A Letter by Angelly

This letter was created to express my concern about the current US relation with North Korea. Another concern is the situation of North Korea posse...

Censorship is just a word, its consequences are much more than that.

!WE ALL DON'T WANT TO HAVE A WALL!

Immigrants should have the same opportunities as the people who live in the United States and should be treated with respect.

Immigration Problems in Our Society

Immigration and my view on what showed be changed.

The future of immigration process in the United States

What needs to be done to pay off our debt and to keep coal mines running.