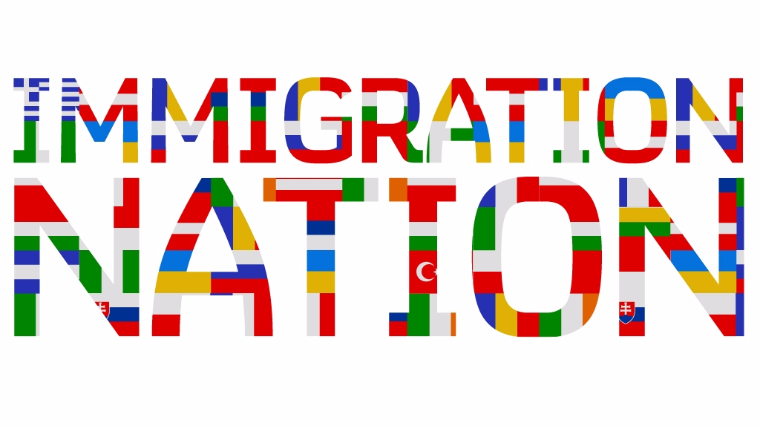 My name is Joseph and I am from Philadelphia, Pennsylvania. I am sixteen and go to Science Leadership Academy High School in Center City, Philadelphia. At my school we have been discussing one of the main issues you are going to face when you enter the presidency, immigration. My views on this topic are a little divided. I see the good and the bad that come from Immigration. If America is open to the world we’d be living up to our standard that we are a country of opportunity, freedom, and new beginnings. Also, most immigrants who come into America with new skills and ideas that have been beneficial to us. One example of this is was Albert Einstein, the greatest physicist of the twentieth century. Ever since he left Germany and became an American citizen in 1940, Einstein’s ideas and work from then on have made a large impact on American culture and history. If America were to have open borders, we could be accepting the Einsteins of tomorrow.

If America were to restrict immigration and close themselves from the rest of the world, then we would not be living up to our standard and we be turning a blind eye to issues going on around the world like the US military drone strikes. Although US military drones are a phenomenal advancement in warfare and have helped eliminate many enemies of the US, they have also negatively affected civilians. These military drones are meant to take out the terrorist threats in other countries, and for the most part they do. But for the other part, these drones are killing innocent civilians along with the terrorist threats. For instance, back in 2012 a group of Pakistanis protested against US drone attacks in Multan, Pakistan on February 9. The Pakistanis were enraged about how the US drone attacks had killed way more Pakistani civilians than the US had comprehended. These drone attacks were also traumatizing the Pakistani civilians as well. This trauma is probably a reason as to why people are immigrating to the US. To flee from dangers of not just their country, but from the dangers the US brought to their country. If America is closed off from the world, we will be missing the opportunity personally understand the issues going on around the world that are causing people to want to immigrate. Some of these issues might have even been caused by the US.

Although open borders sounds all good and morally right, there is a dark side to it. The issue of undocumented immigration is part of that dark side. Today, an estimate of eleven million undocumented immigrants live in the US. Our government has studied that many of them had come to America as business people, students or tourist. They would then stay here pass the limitations of their visas. This many undocumented immigrants is unacceptable and, personally, quite unsettling. The US government has no idea who these people are or what their motives are. There could be undocumented immigrants who want the downfall of America, or they could just want to make a better life for themselves here. But we don’t know! Which leads me to my next point, the events of September 11th, 2001. This devastating event changed a lot of people. It made them question how they viewed the world and everyone around them. These attacks aroused the credence in many people that America is vulnerable when opened to the world. I also agree with this because with open borders, America is accepting just about anyone into the country. It’s like we are inviting challenge and trouble.

Immigration restriction is usually seen as an immoral thing. But to be honest, it does have it’s perks; at least for Americans. If America were to restrict immigration, we would be able to do a couple things. We would be stopping immigrants from using up social welfare programs when they don’t need it, and then those welfare programs will go the people and families that do need it. We would have a lot more jobs for American born citizens. Labor union leaders claim that high levels of immigration have taken jobs from US born citizens. We would no longer be siphoning out the educated professionals of poor countries. Experts estimate that about half of the foreign students who study in American universities do not return to their home countries after graduating. We would not be as vulnerable to trouble, and America’s population would be way more controlled, stable, and not rapidly growing.

In conclusion, my idea for America’s immigration situation is that we should stay true to the standard that’s set for America and allow people to immigrate into the US which is: the land of Freedom, Opportunity, and New Beginnings for all. But this wouldn’t be just open borders, people should only be admitted into this country if they don’t have a serious criminal background record. The admission process to get into America must be extremely precise so that we don’t have another terrorist situation. Along with this idea, I also think that America needs to reach out toward other countries that many people are emigrating from. In order to end immigration, or at least lessen it, we need to go to the root of the problem, which is the country. We need to understand all of the problems in the country and then come up with innovative ideas and strategies to solve these problems. The funding for this outreach project could come from donations or fundraisers from across the country. I feel as though if everyone in America knew about this outreach project, then at least a good amount of the people would be in support. With my ideas, I see a better future for America, and other countries alike, and an easier presidency for you.

Thank you for your time and I hope my ideas were inspiring to you.

With the Utmost Respect,

immigration
Published on Nov 6, 2016
Report a problem... When should you flag content? If the user is making personal attacks, using profanity or harassing someone, please flag this content as inappropriate. We encourage different opinions, respectfully presented, as an exercise in free speech.
Science Leadership Academy @ Center City

A teenage view on Immigration

For my american history class, we were assigned to write this letter recommending our plans for immigration, and how our country should deal with i...

My letter to the future president.......

Since the days of the early settlers in the United States, firearms have been part of the American tradition as protection and a means of hunting o...

The truth about Police Brutality

Police on civilian crime is increasing dramatically. If we can't trust the ones that are supposed to protect us , who do we trust?

On the subject of immigration, I feel as this is a very controversial topic that needs to be solved. As a teenager and former resident in Phoenix, ...

Dear Next President, Immigration reform is important to keep hard-working families together. Separating families is devastating for everyone. This ...