This letter is being written to you from a sleep deprived, overworked student who just asks for a little extra time in their day. Over the past 20 years, our nation’s adolescents have become overwhelmingly busy. Our students after attending school and extracurricular activities barely have any time for homework, let alone sleep. According to the Huffington Post, “Over 90% of American high school students are chronically sleep-deprived”. Students lack of sleep is leading to detrimental effects on an adolescent's life and a simple solution may be to start school at least one hour later.

Starting school later in the day would allow teenagers to follow their natural circadian rhythm and get the sleep that they so desperately need. Many studies have been conducted to give us answers on just how bad lack of sleep can be. These studies prove that adolescents need at least nine hours of sleep but on average are getting less than six. These sleep deprived teens are three times more likely to show signs of depression or have suicidal thoughts. Sleep deprivation can also lead to issues with behavior and learning. Inattentive, impulsive, hyperactive, and oppositional are all effects lack of sleep can have on these teens. When sleeping, your brain fortifies the information you have learned during the day making it easier to retrieve later. Kids that do not get this necessary fortification could struggle in school. Adolescents are more likely to abuse substances when lacking the sleep they need to develop. A study conducted by the RAND corporation stated that for every ten minutes later an adolescent went to bed they were six times more likely to abuse marijuana or alcohol.

Later school start times for teenagers would cut down on sleep deprivation. However, critics may have some objections. Working parents who work full time jobs may find it difficult to cater to this change in schedule. Others may object to school getting out later cutting into extracurricular time and time with family. I would argue that the benefits of sleep on adolescents attitudes, productivity, and general well being would balance these negative factors.

A later start time in school would help to solve sleep deprivations harmful effects on our high schools students. I would ask you to consider the arguments above, while thinking of your nation's youth. 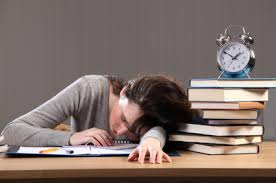 sleep
Published on Nov 3, 2016
Report a problem... When should you flag content? If the user is making personal attacks, using profanity or harassing someone, please flag this content as inappropriate. We encourage different opinions, respectfully presented, as an exercise in free speech.
Okemos High School

Minimum wage should not be raised for many, many reasons.

Immigration In the United States

Is a physical wall really required to control immigration?

Students across America are facing a tragic reality these days. Our dreams are being crushed and our bank accounts are at an all time low. I want t...

Guns need to be demolished

I am writing about why guns need to be more controlled. People don't take into thought how many people have died with gun violence.

The cost of college education has been on the rise in recent years, and if nothing is done, then students may be left struggling to afford their ed...

As a student, I see many people struggle in school due to lack of sleep. I think its important we help understand the Sid effects of sleep deprivat...

Why I think schools should have later start times

Should school be delayed.

Super Bowl Monday should be a national day off

Homework should be given in accordance to your understanding.

Sleep deprivation is affecting the education of students around the world. Read more to see how the future president could change this!

Sleep deprivation can cause widespread problems to students, and overwhelming amounts of homework are only making it worse.