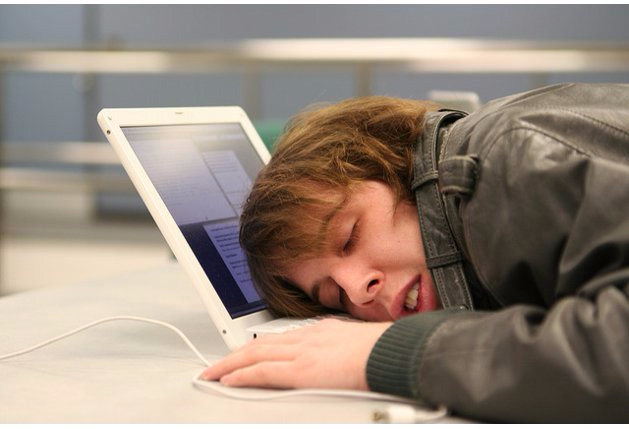 Sleep. What every teenager wants as soon as their 6:00 am alarm clock goes off every weekday. Many secondary schools in America start as early as 7:30 in the morning. This is way too early for the teenage brain to wake up and function as best as it possibly can. As long as schools in America keep start times as early as they are now, students will not perform their best; therefore, by starting schools early, students are not able to receive the best education possible.

Many students in America are not getting the amount of sleep they need to succeed in school. According to a 2006 National Sleep Foundation poll, the organization’s most recent survey of teen sleep, show more than 87 percent of high school students in the United States get far less than the recommended 9 to 10 hours, and the amount of time they sleep is decreasing- a serious threat to their health, safety and academic success. “I think school is the real danger spot in terms of sleep deprivation,” said William Dement, MD, PhD, founder in the Stanford Sleep Disorders Clinic.

Sleep is food for the brain. A good amount of sleep provides a wide range of benefits to intellectual health. Studies show that sleep improves learning and memory in two ways. First, a student who has not gotten enough sleep will not be able to focus, and will not strive in their academics. Secondly, sleep helps in the consolidation of memory. Whether you are solving math problems or studying for a Word Studies test, sleeping helps you improve your learning and problem-solving skills.

Many adults say “Maybe if teens went to bed sooner, they wouldn’t be so tired.” But there are many reasons why it’s not that simple. “During childhood, melatonin, the hormone that regulates the wake-sleep cycle, is secreted by the pineal gland early in the evening. When puberty hits, from around ages 10 to 14, melatonin is released later, around 9 p.m. or 10 p.m. This shift often makes many teenagers incapable of falling asleep before 11 at night,” says teen sleep expert Mary A. Carskadon, Ph.D., a professor at Brown Medical School and the director of the Bradley Hospital Sleep and Chronobiology Research Laboratory, in Providence. “Since teens still need about nine or more hours of sleep, they try to make up for the time they’ve lost at night by sleeping in.”

As you can see, based on proven studies and teenage physiology, sleep is vital for our brain to perform at it’s best. Without enough sleep, students are affected by shortened attention span, memory impairment, and poor decision making. As a result, students are not performing their best with the amount of sleep they are provided. I feel that this problem can be fixed by extending the school start time to later in the morning for junior high and high school students.

school sleep and school sleep school and sleep
Published on Nov 4, 2016
Report a problem... When should you flag content? If the user is making personal attacks, using profanity or harassing someone, please flag this content as inappropriate. We encourage different opinions, respectfully presented, as an exercise in free speech.
East Junior High

School start times are too early.

Why late start schooling is needed around the nation