I believe that everyone is the same or equal. I believe everyone in the world should have the same opportunity to become successful, but the sad thing is most people don’t. We have people who have no food or water in their country, we have people fighting against war everyday in the Middle East. Sadly, we have those who generalize the people of the middle east and say that they are terrorist because of their religion.

Since most of the people of the middle east practice the religion of Islam, and Muslims were “connected” to 9/11, there is talk that there may be a Muslim ban in the United States. I disagree with it because not all Muslims are bad, it is just certain people who do bad things that make the religion look bad. Just like with Christianity. You don’t see countries banning american Christians because of the KKK, they don’t connect the KKK with Christians so why do they connect terrorist with the religion of Islam.

For a country who prides themselves in being the land of the free and home of the brave, it does not seem that way. We are suppose to have the freedom to practice whatever religion we desire. If we ban Muslims for thinking they are all bad people because of what a small percentage of them have caused.

People are also trying to flee their country because of the warfare there is in their country. According to the Guardian, “since the war started, 11.5% of Syrians have been killed or injured” which may look like a small number, but it is really a lot of people. The war is mostly because of the resources that can be found in those countries. They are just trying to get out and have a better life for themselves. Hundreds of people get bombed, shot, kidnapped each day in countries like Syria so people are trying to get away from. There is a lot of crimes and I am sure anyone would not like their children to grow up in a place like that. There is also little to no food because of the bombings that happen in Syria. Just because it doesn’t happen here, doesn’t mean it’s not happening somewhere else.

I can relate to that speech the most because my grandfather came here in back in the 1980’s to have a better future for his family. It is what is referred to as the “American Dream.” He had the option to live a good life here if he worked hard enough, and he did, he prospered and I am grateful for all the hard work he did to do it. He owns his own house now and has his nice cars. I feel like everyone who wants the option to live a better life should have it.

All in all, I am grateful for all the sacrifices my grandpa did in order for my mom to have a better future and the three more kids he had after he came here. I feel like we should be open to all the refugees that want to come to the United States. We should let them feel safe and be away from war that kills hundreds of people every day. We should let them have chances at a good life in a good country, we should be happy more people are trying to prosper rather than not becoming anything better than what they are. We also shouldn’t be picking on religions just because of what people in that religion have done before. 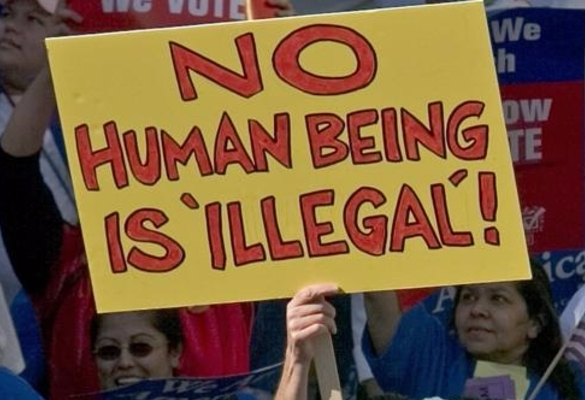 immigration
Published on Nov 7, 2016
Report a problem... When should you flag content? If the user is making personal attacks, using profanity or harassing someone, please flag this content as inappropriate. We encourage different opinions, respectfully presented, as an exercise in free speech.
Jefferson HS

Anyone in the United States should be able to go to college and not worry about how they are going to pay for the tuition and the debt they will be...

Animal testing is extremely cruel, and yet they are hardly protected. This is something that needs to change.

Why safety on college campuses is important and how many are effected.

It's so important for our country to deal with the problems that come with immigration.

Abortion should never be the option. There are other options such as adoption.

Climate change may or may not be a huge problem, but we still do not know, and while we wait for proof, the problem could become unfixable.

Nuclear weapon should not be aloud in our society

Make Entering Into the U.S Easier to Immigrants

Illegal immigration is increasing, but only because they aren't given equal treatment. With a change in how the U.S. accepts immigrants, the illega...

Immigrants should be respected, while the criminals should be deported.

It's so important for our country to deal with the problems that come with immigration.