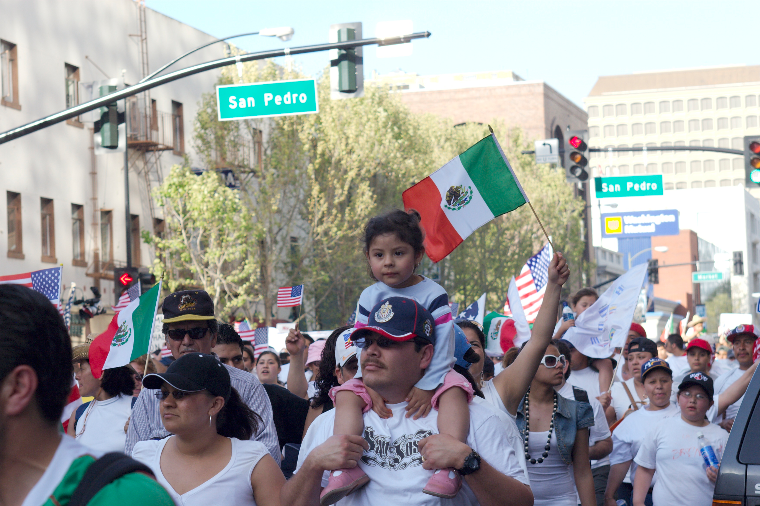 There are more than 11.2 million illegal immigrants and 42.4 million legal immigrants in the United States. Immigration has increased dramatically over the last decade, legally and illegally. While immigration has gone up crime has gone down yet there is still a stereotype that immigrants bring nothing but crime and that is causing more laws to be proposed on immigration. While immigration laws do keep harmful people out of our country, the strictness of these laws is keeping people who can benefit our country out as well and is cause for a change in the structure of these laws.

There is a stereotype that most illegal immigrants cause crime and do not help our society. Supporters of that claim use evidence from the U.S. Sentencing Commission saying that while immigrants make 3.5% of the U.S. population, they represent 7% of federal prison sentences. However according to Alan Gomez in the article, “How Violent are Undocumented Immigrants?”, “Only a tiny percentage of the nation’s violent crimes are handled by the federal court system. Yes, undocumented immigrants accounted for 9.2% of federal murder convictions in 2013, but that represents a grand total of eight murder cases. When you consider that the FBI estimates there were 14,196 murders in the U.S. in 2013, those few cases handled by the federal court system don’t quite register as a reliable sample set.” This means that the evidence used against immigration is not a reliable sample set. This is vital because it breaks down the argument that immigrants cause crime using those numbers.

These numbers are proven to be an unreliable sample set, but on top of that Jason Riley from the “Wall Street Journal” points out that “A new report from the Immigration Policy Center notes that while the illegal immigrant population in the U.S. more than tripled between 1990 and 2013 to more than 11.2 million, “FBI data indicate that the violent crime rate declined 48%—which included falling rates of aggravated assault, robbery, rape, and murder. Likewise, the property crime rate fell 41%, including declining rates of motor vehicle theft, larceny/robbery, and burglary.”” This means that although illegal immigration rates have risen, crime for illegal immigrants have gone down significantly. This matters because It counters the argument that immigrants raise the crime rates significantly when the data shows that in fact there are more illegal immigrants and less crime than in 1990.

My parents did cross the border illegally, (now citizens) but only to find a better life. They are now good members of the community. Most of my relatives are undocumented, but none have ever committed a violent crime. They just want to work to have the best for their family and in turn this helps our nation.

Many immigrants who want to better their life strive for a college education to have better jobs. According to Jie Zong and Jeanne Batalova in the article, “Frequently Requested Statistics on Immigrants and Immigration in the United States”, “In 2014, 29 percent (10.5 million) of the 36.7 million immigrants ages 25 and older had a bachelor's degree or higher, compared to 30 percent of native-born adults. Notably, the share of college-educated immigrants is much higher—44 percent—among those who entered the country since 2010.” This means that there are almost the same amount of immigrant adults with a bachelor's degree or higher compared to native born adults in terms of percentiles. This is important because it shows that there is around the same percent of immigrants who have a bachelor's degree or higher compared to native born citizens and shows that immigrants can help the economy and people with their college level jobs.

Some say however that these immigrants would be taking our jobs and that the non-college educated workers are lowering our wages. In the article “What Immigration Means for U.S. Employment and Wages”, Michael Greenstone and Adam Looney argue that “Based on a survey of the academic literature, economists do not tend to find that immigrants cause any sizable decrease in wages and employment of U.S.-born citizens (Card 2005), and instead may raise wages and lower prices in the aggregate (Ottaviano and Peri 2008; Ottaviano and Peri 2010; Cortes 2008). One reason for this effect is that immigrants and U.S.-born workers generally do not compete for the same jobs; instead, many immigrants complement the work of U.S. employees and increase their productivity.” This means that immigrants of any skill level can help the economy in different ways catering to their skill level without lowering wages and instead of taking away jobs, making more jobs. This matters because it shows that immigrants can boost our economy instead of breaking it like many think immigrants will do.

The crime immigration brings will never completely go away, but that is true of most things as well. We can not let the good immigrants be denied access to our country because of what only a few out of 11.2 million illegal immigrants did. Also, crime rates do continue to fall even though immigration rates have gone up. We need to change the laws to let more immigrants who could help our nation get in our country easier.

immigration illegal
Published on Nov 4, 2016
Report a problem... When should you flag content? If the user is making personal attacks, using profanity or harassing someone, please flag this content as inappropriate. We encourage different opinions, respectfully presented, as an exercise in free speech.
East Junior High

My paper covers how lax gun control affects the U.S. in negative ways and how we can take steps to fix them.

My letter to our new president

Immigrants should have a chance at a free healthy life.

Our country does too much for other people..

These are my ideas about the problem of immigration and how I believe we should fix it.

In this letter I am writing about immigration. I think immigration is a big deal and we should stop illegal immigrants from entering our country wi...

Reasons why Illegal immigration needs to be taken more serious.