“I can’t breathe” said by Eric Garner, a 43-year old man who was murdered by a policeman named Daniel Pantaleo. Eric isn’t the only victim, Robert Davis, Frank Jude, Kathryn Johnston, Timothy Thomas, and many more. So I ask, what is the meaning to all of this? These are the people of America, your people. Police should wear body cameras so that the evidence can help in cases.

The police have killed too many people already. According to mapping police violence’s statistics, “Police killed at least 102 unarmed black people in 2015, nearly twice each week.” 37% of those people were unarmed but killed. (MappingPoliceViolence.org) For example, Anthony Jackson was rolled out of his wheelchair by a police officer. (FilmingCops.com)The police officer assaulted Anthony and was found not guilty in court.

Police that have shot and killed citizens should be sent to prison. Like Daniel Pantaleo, some policemen think they have the power to do what they want. Eric Garner was unarmed when he was being choked by Daniel. Eric was also asthmatic and showed no signs of fighting Daniel. Still, he was killed. Daniel Pantaleo was not charged with murder of an innocent person.

The opposing side might argue “the cameras will cost a lot of money and will not save the victim’s life, nor stop the police officer from hurting the victim.” That is true, but these body cameras can help in cases and bring the officer to justice. The videos that the cameras produce will help with evidence and help the jury make a decision.

In conclusion, the patrolmen and women should wear body cameras to help protect the citizens of this country. The police have killed too many people already and officers who think they have to the power to do what they want should be sent to jail. Body cameras also help with crime cases involving police. Do something about the police violence in America, create a law that makes police wear body cameras. Remember these are your people, only you can make the call. 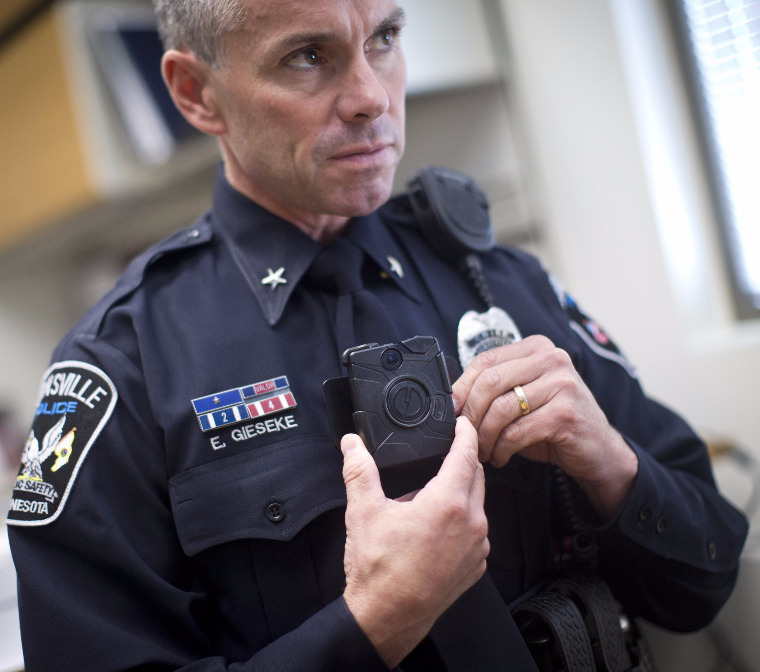 black lives matter police brutality body cameras
Published on Nov 7, 2016
Report a problem... When should you flag content? If the user is making personal attacks, using profanity or harassing someone, please flag this content as inappropriate. We encourage different opinions, respectfully presented, as an exercise in free speech.
Walter E. Stebbins High School

Her Mind, Her Body, Her Choice

In our current society there seems to be a misunderstanding between citizens and the police force. I believe that lack of police training may be on...

This about the black lives movement and how it affects America.