The gender pay gap is back in the news. The wage gap is a statistical indicator often used as an index of the status of women's earnings relative to men's. The wage gap is represented as a percent. Millions of people, mainly women, don’t get equal pay as their male counterparts. According to The National Committee on Pay Equity in 2015 women were earning 20% less than men who do the same work. The earnings of women have fallen short by an estimated $700,000 - 2 million in the past 40 years. The wage gap is not only gender it is also race. Also in 2000 women made 73% of what men made. The good thing is that the wage gap is disappearing, so if it keeps at this rate it should be gone by 2059. If America is supposed to be the place so many people all around the world want to come too, everyone should be equal in many ways and pay should be one of them. The wage gap shouldn't be caused by someone's gender or race.

This issue is a real problem. It just adds to the racism and sexism in the country, which is already a real big problem. Since racism seems to not be getting smaller, but bigger with the Black Lives Matter movement against racism and cops. Fixing this problem could just get even closer to a lot of other problems in our country. Instead of waiting till 2059 or near that time as an estimate of when the wage gap will disappear. The next president could just make a law that could get passed to eliminate the gender wage gap from our country.

Since the Equal Pay Act was signed in 1963, the wage gap has been closing at a very slow rate which is good but we could eliminate it completely. In 1963, women who worked full-time, year-round made 59 cents on average for every dollar earned by men. In 2013, women who worked full time made a weekly salary of 706$ a week where men made around $806 depending on what job you work. That is roughly 82% of what the men make a week at that job. In 1979, the first year where you could compare data of what men and women make, women made only 62% of what men earn. A report shows earning data from (CPS) Current Population Survey, a national monthly survey of approximately 60,000 houses conducted by the U.S. Census Bureau for the U.S. Bureau of Labor Statistics (BLS). Information on the earnings of both men and women is collected from ¼ of the CPS sample shown each month.

As I said before if the wage gap gets fixed. a lot of problems in the U.S. will be even closer to being fixed like sexism and racism which are two big problems in the country, mainly racism. There might be a lot of ways to fix the problem I have talked about in my letter but my idea I have to fix it is to pass a law, as I stated before. I might not know how hard it is to pass a law that is needed, I would assume not that hard. 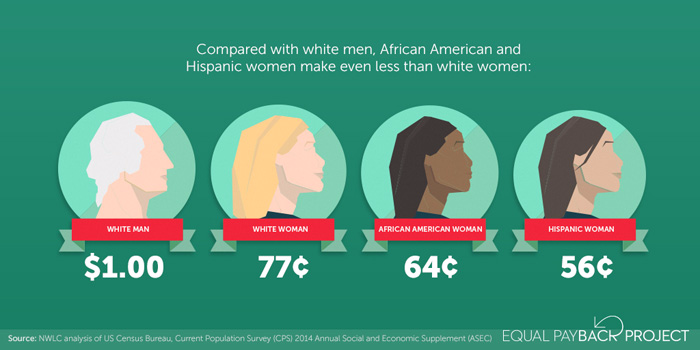 Racism Sexism wage gap
Published on Nov 4, 2016
Report a problem... When should you flag content? If the user is making personal attacks, using profanity or harassing someone, please flag this content as inappropriate. We encourage different opinions, respectfully presented, as an exercise in free speech.
Mrs. Yerou's Rock Star Writers

College Tuition In the United States

There are a lot of issues surrounding animal treatment. We need to fix issues like animal testing and dog fighting.

My letter is about how bad animals are treated around the world by puppy mills and animal testing.

Gun Control at its Finest

Guns. Guns have been a part of our culture since this country was formed. We were given the right to own these guns when the U.S Constitution was m...

The Flaws of the Electoral College

The Founding Fathers themselves admit that it is not part of a democracy. So, why do we still use it?

My summary is about how Racism was formed and what happened during racism.