Throughout the past several decades, the LGBT+ community has sparked one the most active and bitter debates across America, dividing people throughout the nation; everyone seems to feel strongly about the community of individuals who identify as a sexual orientation minority. Some may argue that the LGBT+ are virtually equal to the heterosexual population, who make up some 96% of the United States. However, I can blatantly assure you that is not the case. The hatred and prejudice projected onto this community is utterly barbaric. While tremendous progress has been made for the LGBT+ community the past eight years, the discrimination regarding LGBT+ people is far from over. We live in one of the greatest countries in the world, one that focuses solely on giving each individual equal rights and necessary protection; each citizen should be granted these rights, regardless of sexual orientation.

The abhorrence projected onto the LGBT+ is nothing short of alarming. Perhaps the most disturbing fact is less than twenty percent of sexuality minority adults report there being “an abundance” of acceptance for LGBT+, as discovered by The Daily Beast. To elaborate further on this disgusting reality, less than a third of the laws protecting individuals from discrimination are centered around sexual orientation, with even fewer for gender expression. A grand total of twenty-two states don’t have housing discrimination laws and thirty-five have laws against bullying the LGBT youth, as stated by "LGBT Anti-discrimination Laws and Policies by State, 2016." In simpler terms, a landlord or apartment complex owner can refuse to allow an LGBT+ individual rent out or own one of their housing facilities. People can also get away with bullying LGBT+ individuals by law in the majority of states. Why is this still deemed acceptable? By even considering allowing this form of discrimination, we are putting an invisible barrier between us, the heterosexuals, and the LGBT+ community. With eighty percent of LGBT+ people getting verbally harassed with every passing moment, as noted by NoBullying.com, I can’t help but wonder why we’re completely oblivious to the elephant in the room and don’t try to enforce these vague and virtually ineffective laws.

Perhaps the past several presidents have overlooked the eight and a half million LGBT+ individuals. To put this number into perspective, it’s approximately double the population of New Zealand. It’s possible they viewed this community that makes up 3.8% of the nation as a side project rather than a priority. May I inform you, Mr. or Mrs. President, that another member of this community is targeted with every passing second; crimes projected at the sexual orientation minorities make up a fifth of all hate crimes, with the other four-fifths being race, religion and physical or mental disability. We can’t just look the other way and pretend these hate crimes don’t happen on a monthly basis.

The most startling aspect of this is the result of hate crimes and harassment. As noted by The Trevor Project, of the thousands of LGBT+ suicide attempts each year, over a third end in death. That said, students who identify as a sexual minority are eight times more likely to attempt suicide, with depression rates five times higher than heterosexual students. Furthermore, each time an LGBT+ student is personally victimized by their arrogant heterosexual peers, the chances of them self-harming increases by two and a half times. Why are we accepting this fact? By refusing to alter the laws written by past presidents, we are simply allowing the deaths of these people. I’m unable to comprehend how we haven’t tackled these issues head-on until this point.

As written in our very own Declaration of Independence, “[we have] unalienable rights, that among these are life, liberty, and the pursuit of happiness.” It seems to me the Declaration of Independence is quite clear, stating we have happiness and liberty that runs in our blood. Why are we completely disregarding what our founding fathers wrote by picking and choosing rights for other people? At what point did we as Americans decide we can just skip over this crucial detail?

Sexuality, among other things, deserves a spot in the 2020 National Census Report. The current lack of data regarding sexual orientation and gender identity by the federal government is absolutely perplexing. To provide us with a better estimate of how many LGBT+ live throughout the United States, the government should consider reserving a spot for this characteristic on the census. It’s truly shocking to even me, a non-LGBT individual, at how little data regarding these people there are in the Federal Databases. In addition to recognition from the federal government, the sexual minorities are in need of a central website. There is an extraordinary amount of websites for these people, as you’ve certainly noticed, but I do feel one central site is needed. LGBT+ organizations can fund this website, run by advocates from the government, and provide help and advice for young people across America.

Genetic scientists have formulated hypotheses regarding sexuality for decades. The assumption that sexuality is nothing more than an immoral choice has proven to be false, while the truth lies in environmental, genetic and hormonal factors. We can conclude sexuality is similar to eye color in the sense that the individual has no control over it. To help educate people on this discovery, I suggest adding the concept of sexuality to the United States Health class curriculum. By educating the youth, the future generations that will one day be the voice of America, on the concepts of homosexuality, bisexuality or asexuality, we can lower the discrimination, suicidality and bias statistics dramatically. Doing this will also prevent the formulation of a heteronormative society, which is defined as the process of implying heterosexuality as the normal sexual preference by Urban Dictionary. The practice is often portrayed in literature, television shows and other forms of media directed at younger audiences; to prevent students from assuming their attraction to the opposite sex is alarming, revolting or even disgusting, we must educate them about accepting others and themselves from a young age. Going on, stricter consequences and a zero tolerance policy need to be enforced to prevent discrimination against LGBT+.

My final question to you, Mr or Mrs. President of the United States of America, is do you wish for the the trend of LGBT+ hate crimes, verbal harassment and physical harassment to continue? As a country, we need to let go of all of the hatred and detestation that we’ve built up. When it comes down to it, America is displaying itself as a place of equality where each person is given the necessary protection and a voice in the government. We can’t keep giving these rights to certain individuals and let the sexual minorities slip from our fingertips. These people are getting oppressed for absolutely no reason and only you, the new United States President, can change that. 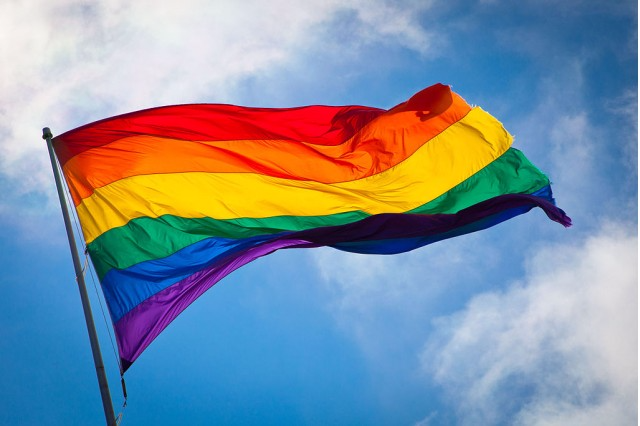 discrimination government lgbtq rights equality
Published on Nov 4, 2016
Report a problem... When should you flag content? If the user is making personal attacks, using profanity or harassing someone, please flag this content as inappropriate. We encourage different opinions, respectfully presented, as an exercise in free speech.
Mrs. Yerou's Rock Star Writers

My claim is for legal drugs all around the country's to be illegal. I don't see how drugs are good in the world unless they are used for treatments...

Look what is happening; black people are just getting shot because no one cares about black lives. American police already have killed twenty-fiv...

This letter is about bullying and how it affects kids in the U.S

Homelessness should be eliminated

Give Immigrants a Chance

Many undocumented immigrants come to the United States to have a better life, opportunities, and education for their children than they had in thei...

The Benefits of Rescheduling Marijuana

The economic and social benefits of marijuana legalization.

It’s not fair the way these immigrant teens are getting treated in their countries. I say yes, to keeping our borders open. Not every immigrant is ...

Misuse of tax dollars can be stopped by giving us a say in where our money goes.