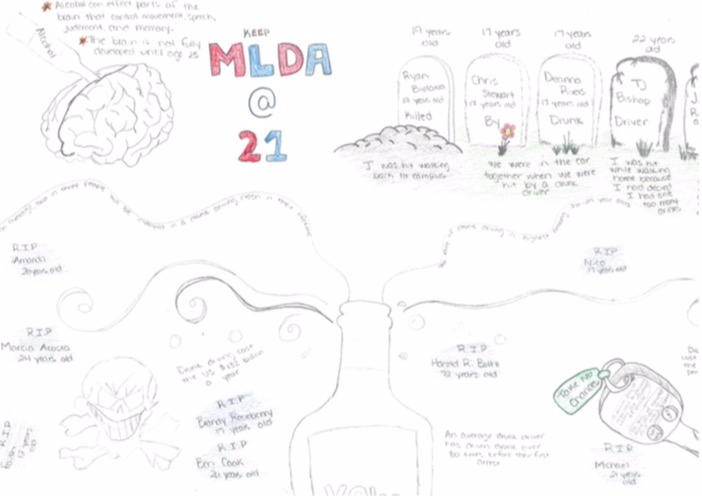 Opening up the drinking age to 18 would also be medically irresponsible because a person's brain is not fully developed until a person is 25 years of age. Exposing the human brain to alcohol earlier in life affects the brain negatively. It tampers with things such as speech, movement, judgement and memory. Lowering the drinking age to 18 would be irresponsible because the government doesn't do a good job enforcing the laws we already have on drinking. The rate of drunk driving is highest among ages 26-29 and 50% - 70% of convicted drivers continue to drive with a suspended licenses.

A Kid Of The Next Generation

"Two students dead as Drue agrees to 5-to-15 years"

"Why is beige drinking so common in the united states"

"Drunk Driving by the Numbers"

drunk driving drinking drinking and driving laws drinking age
Published on Nov 9, 2016
Report a problem... When should you flag content? If the user is making personal attacks, using profanity or harassing someone, please flag this content as inappropriate. We encourage different opinions, respectfully presented, as an exercise in free speech.
Troy High School

Abortion: Is It a Crime?

Abortion, one of the biggest debates there is. Not only is it a debate, but it’s also a very important topic; the debating needs to come to an end....

College tuition is too much money.

Police Brutality has been a big issue to this day. Many innocent people have had their lives taken away because of police brutality. It needs to co...

My name is Timothy and I would like for Hillary to read this and help solve this number one issue in our country today. As we all know innocent Bl...

Abortion should be used for only the right reasons.

Undocumented immigrants should not be separated from their U.S. born children, families need each other for support. As the next president, I hope ...

Pollution and Global Warming is a big problem in the present day.

The Problem with Mandatory Minimums

The government is holding people in jail who should have been released years ago. One nonviolent offence should not put you away for life

This letter explains the horrifying issue of puppy mills, and why our future president needs to step in and handle this issue.