I am a freshman, currently attending Central High School in Keller, Texas. I am writing to you to discuss the issue of minimum wage. Minimum wage should be raised to at least $15 an hour. This raise can change lives by moving a lot of people from poverty and helping them create a better life for themselves and their families.

Raising the minimum wage can also make college a possibility for poor or low-income families. As said by students from Pennsylvania State University, in the article “ Should the Federal Minimum Wage be Increased” “,a college degree is out of reach for many people from low-income families, making the gap (of low income to middle class) even worse.” Others might say that they can get grants and scholarships.While this may for some not everyone can get scholarships and grants are usually not enough for well-known colleges. I say well-known colleges because, in competitive jobs , which most of all jobs are, the employer looks for the better person. By raising the minimum wage the family and the student can work and save for college tuition and other fees. 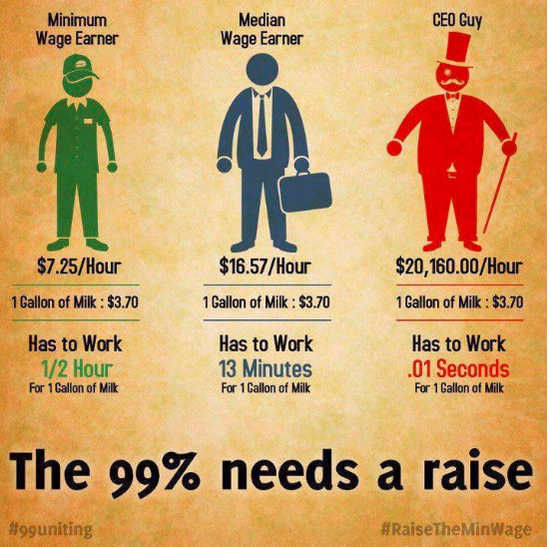 minimum wage Poverty college affordability raise minimum wage
Published on Nov 11, 2016
Report a problem... When should you flag content? If the user is making personal attacks, using profanity or harassing someone, please flag this content as inappropriate. We encourage different opinions, respectfully presented, as an exercise in free speech.
Central High School

Guns: Are They Really Saving US?

Society today has been severely impacted by the rising amount of gun violence in the 'Land Of The Free', so how can we stop it?

My letter is about lowering college tuition.

Minimum Wage in the U.S.

Minimum wage is a big and broad topic, but someone has to address it, and I believe that keeping the minimum wage the same will be the best option.

In this article I talk about transgender issues to persuade the next President to fix the issues or get rid of transgenderism.

November 4th, 2016 Dear Future President, have you ever had a problem with money and had a hard time not being stressed? Well, imagine that as ...

My thoughts on Teenage Pregnancy and Abortion

Why we Must Enhance the Border Patrol

Persuasive letter to the next President urging to enhance the Border Patrol.

The U.S. has legalized Medical Marijuana in 25 states, but will the remaining half of the United States follow?

Poverty needs to addressed as it affects not only adults but children as well.

How the low minimum wage is affecting citizens in America.

Poverty is affecting millions of people each day.

Minimum wage should be raised in the United States