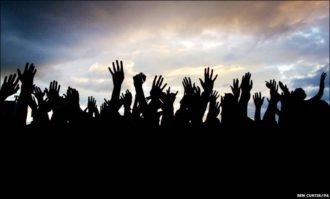 There are greater complications America should be paying more attention to. The United States of America has to equalize the inequality for woman. Women's rights have come a far way . For instance women can now vote, have the same jobs as men, but it still isn't 100% equal. First, 70 million women and children living in America are in poverty. America has the most children and women in poverty than any other country. In 2014 more than 18 million women lived in poverty, and ages ranged from 18 to over 65. Usually if children are poor and live in poverty it's most likely that they came from a female run family. I am not saying that women aren't capable enough to handle a family while having a job, but I am saying that our community makes it hard for many females to manage both of these things. America makes it harder by a maternity leave which would only last 12 unpaid weeks, and only 58% of Americans get this opportunity, sometimes they can't find a supporting job because of their race or ethnicity, or because of the gender wage gap many women find that the jobs can be a stable enough job and they have to get even more side jobs, which is rare to find an employer to make an agreeable schedule for a worker with many jobs. Ways we can improve poverty in the United states are raise minimum wage, establish schedules that work, and making investments to create jobs

The gender wage gap has been an issue for a long time. Studies have shown that women earn 80 cents of every dollar a man earns. Even if a woman and a man have the same occupation, the woman will still get the shorter end of the stick. America says that it's a country of ¨justice for all¨, but so far all I am observing is more justice for men. The annual wage gap is $10,470 and women lose about 840 billion dollars each year , according to the National Partnership for Women and Families. The gender wage gap has been ongoing for nearly sixty years. Females are barely making enough money for necessities for food, rent, and bills because of lost wages. Studies have shown that one- third of women have said that they cannot be successful because of their gender. Females work just as hard as males, so why should they be payed less? A person's gender should not assume to how much money they will make. I believe highly of ensuring a law stating that women should be paid an equal amount to men.

Many women are abused each year due to men seeing women as weak and them thinking they're more superior. Again America is a country where everyone should feel as equals and not superior over others. Once a women is a abused they could feel powerless, which makes them not want to fight for their equal rights as a citizen of the United States of America. Even if this female gets out of harm's way and has a family, this just means their back to square one , since most of their husbands wouldn't let them have a chance at a job. This isn't fair woman can't be taken advantage of just because some statistics say that men are more successful. Women are successful because America hasn't equalized Woman´s rights. To stop women from being abused, we should take matters into our own hands and make the genders equalized. Which could help prevent men seeing women as less superior and instead equal. Mister or Mrs. President please you have the control to stop these issues from getting worse and equalize Women's rights.

equality wage gap abuse women's rights Poverty
Published on Nov 8, 2016
Report a problem... When should you flag content? If the user is making personal attacks, using profanity or harassing someone, please flag this content as inappropriate. We encourage different opinions, respectfully presented, as an exercise in free speech.
Hudson Middle School