Over the years, and having always been fascinated by history, I’ve come to the conclusion that freedom is something that is not simply declared, but experienced on a daily basis. It’s the knowledge that as long as we don’t harm another person, we can take full advantage of the opportunities the world has to offer. I’m writing to you because I am deeply concerned about a deadly threat to our freedom, to our right to live in peace and achieve our potential. The threat I’m referring to is gun violence. This epidemic has continue to spread and cost the country thousands of lives, due to an irresponsible lack of regulation of gun ownership and commerce. As a citizen, I’ve decided that feeling unsafe in my own country is absolutely unacceptable. The situation regarding gun violence has gone completely out of control, and there must be regulations implemented to finally put an end to it. As the next president of this country, I am counting on your contribution to make this a better, safer place for everyone.

As I’m sure you understand, the problem with gun violence isn’t the mere presence of guns in the hands of qualified people, but the things that can go terribly wrong when they land in dangerous hands. I consider the fact that these dangerous people are being carelessly allowed access to guns to be a violent attack on my personal freedom. There are currently guns designed specifically for mass killings, available to virtually anyone. This is a problem that we simply can’t afford to ignore if we want our country to keep progressing and evolving.

Gun violence is a complex issue. Although mass shootings are a horrifying aspect of the gun violence problem, we cannot pretend that it’s fully composed of isolated acts of violence; it’s a racial issue as well. In 2012, the year of both the Newport and Aurora, Colorado shootings, there were 90 fatal victims of mass shootings, while nearly 6000 black men alone died from gunshot-caused injuries (Beckett). How can we expect equality if racial minorities, black men especially, are exponentially more likely to be killed by a gunshot than by anything else? If this no longer were an obstacle for everyone in this country to develop and thrive, we could truly begin to build a nation of equal opportunity. Sadly, none of our leaders have made this a reality yet. Recent attempts for legislation concerning gun control have repeatedly failed, and the nation’s needs have been overshadowed by the interests of an industry responsible for an increasing number of violent deaths every year. How can our government, responsible for protecting us, sit idly by while thousands are losing their lives due to a preventable problem? We simply can’t ignore this epidemic any longer. It’s time to ensure that guns stay in qualified hands, it’s time for background checks, it’s time for gun control. And I’m counting on you to make this a country where we can all look fearlessly into our future. 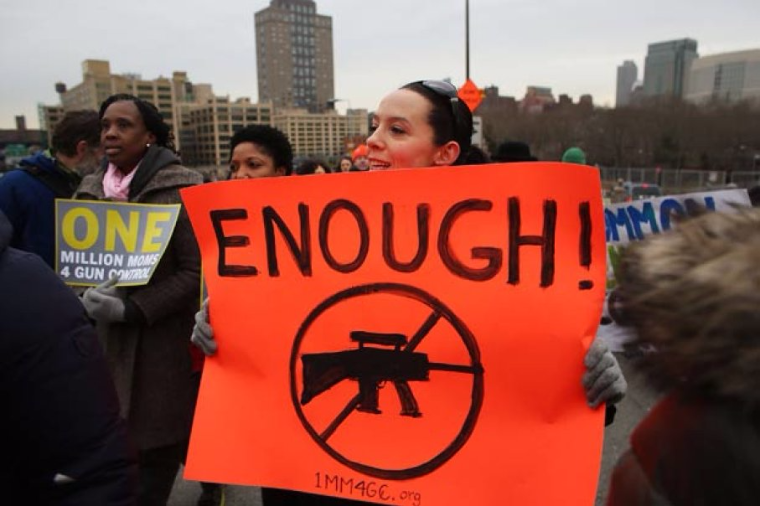 Published on Oct 3, 2016
Report a problem... When should you flag content? If the user is making personal attacks, using profanity or harassing someone, please flag this content as inappropriate. We encourage different opinions, respectfully presented, as an exercise in free speech.
PSD Global Academy

It is not a good idea.

Is Cyberbullying a Real Problem?

We need to control Terrorism once and for all

This essay summarizes how expensive College tuition is and the problems it can cause.