Honestly I think a lot of things about politics and the earth and the people in it but one thing that makes me so mad is healthcare. Why is it so many people in America have to suffer for sometimes years because they can’t go to a doctor when they need because they don’t have the money. Doctors should not have to cost thousands of dollars just so they can live. Living is priceless but it should not have to be so expensive. People are already going threw the hardest time of their whole life and taking everything they have worked for is just going to make it harder.

I have known someone who’s dad had a heart problem. They were just getting by and to have this problem come up it took all of their money. The girl had to come to school and hope a friend would have an extra sandwich so she could eat that day. The hospital bills were too much for her family. I had no idea it was going on till she was doing better. It makes me so mad and upset that so many people get some bad luck and they have to go broke. Being sick most of the time is not a choice. They did not just wake up one day and say “I would like to ruin my life by getting extremely sick”. And to pay all this money to possibly get better. My mom had to go to the hospital and she was actually bleeding to death. And she did not want a doctor to take her whole uterus to make the bleeding stop. She knew there must be something else they could do. So she refused and was sued by the doctor. This is something that makes me so angry. Why did she have to be sued for that? She was worried the tumors would grow back somewhere else and kill her. She went to a new doctor which took months of pain to get to. And then she got a surgery to take the tumor out. She is better now but my sister isn't. My sister has been sick in her stomach for years. And because of her health care she can’t even pay cash to see a different and better doctor. And the people I know are not the only ones affected. I think anyone who has a flu or a broken bone or cancer should be able to go to a doctor and have to pay almost nothing. Getting better should not be something that you eat soup and hope to get better when you might not. You should be able to go to a doctor when you feel bad and get better!

Millions of people in america get sick and need to see a doctor but they can’t because it costs too much. I bet almost every person in america who is not rich has needed a doctor and skipped it because they wanted to eat that week. It is also mental health. So many sad people kill themselves because they never got any help. And they say “reach out people will help you” but people can’t give them pills to help their brain balance out and save their life.

Lots of people's argument is “We can’t afford to do that!”. Which is understandable. But the government pays libraries to stay open and they do quite well. The one by my house got remodeled and they will buy things if you ask. I got a book there because I asked. So the government can afford to let people have books but not life? I love how we can have libraries for free because I use it all the time. But why can’t we cut down on things we don’t need or take money from certain things. Like the lottery why don’t they take half of the money from all the lottery's and use it towards doctors being free? The powerball gets so much money and does one person really need ten million dollars? No. They don’t need that to have fun with. I mean what are the chances they are going to use all of that to help people? Very low because they think of all the things they want and now they can get them.

The government is supposed to be the smartest people we have in this sort of thing. But if they were so smart would we still have these problems? People need help it is a fact that can’t be ignored. Unless you are rich and use money for toilet paper then seeing a doctor is no problem. But for most we buy real toilet paper and use that and we can’t afford doctors. I don’t like the idea of healthcare. I like the idea of doctors being equal and what they do equal for little to no money. If you are homeless or a millionaire I think you should get the same treatment. 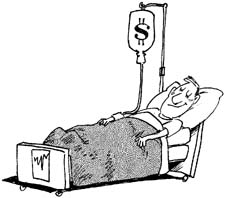 money doctors
Published on Nov 3, 2016
Report a problem... When should you flag content? If the user is making personal attacks, using profanity or harassing someone, please flag this content as inappropriate. We encourage different opinions, respectfully presented, as an exercise in free speech.
PSD Global Academy

Everybody deserves a chance to have a good wage.

Through poetry, Erykah Williams voices the fear she feels as the sister of a young black man and asks the next president to do something about the ...

This is a letter to the president about minimum wage

Everyone should have easy accessible healthcare because of economy, health, and our rights as Americans

My thoughts on abortion and why it should be illegal with very few exceptions.

Climate Change and The U.S.

Climate Change is a pressing issue that needs to be handled sooner rather than later.