I can’t imagine just how many things you must worry about in a day; world peace, wars in other countries, debt, climate change, etc. I understand where you might forget about the people living in the country, and could probably much less care about law offenders. I understand that it is a widespread belief that a drug charge is just the same as any other charge- I also believed this until I was also enlightened on the subject. It is an absolute atrocity for a non-violent drug offender to be sentenced to hard time because of their addiction; a disease.

Medline Plus is a “trusted health information center from The National Industries of Health” which released an article in 2007 stating that “We now know that addiction is a disease that affects both brain and behavior.” It continues to say that addiction is a treatable disease and that it must be treated. Notice how they said, and I quote, “addiction is a treatable disease.” Does it say anywhere in here that addiction can be treated through imprisonment, threats, or the shunning of their communities? It does not, even though this is the way drug addiction has been “treated” for years in our country. Addicts become imprisoned for incredible amounts of time even for like just even possessing marijuana. Even what might seem like tiny infractions can send an individual to jail for a felony that will in turn prevent them from getting any kind of decent job in the future because of the record that they now have. With a record and having been completely disconnected from society and likely shunned by their families, what is left other than falling back into addiction once they get out of jail? What might have happened to that person’s life if they had been granted help and support and a sense of community instead of harsh sentencing and being labeled a criminal?

Johann Hari, one trusted speaker who shared one night on TED talks spoke about one of the most interesting things that have to do with the treatment of addiction. A scientist gave drugs to a group of rats separately and then once they were addicted, he put them all into a cage together, and then one rat in a cage by itself. Both containers had drugs available and also had food/water available. Interestingly enough, the group of rats that were together all stopped and chose to eat the food and be social with one another. On the other hand, the rat that was by himself ended up going straight to the drugs and ended up killing himself. The point behind this is that people who struggle with addiction must feel a sense of community for them to really achieve sobriety. It is clear that when they are isolated, forgotten, and left to battle their minds alone, healing of addiction is not a very likely outcome.

If America is going to be able to take down the overpopulation of their prisons that are overflowing with undeserving addicts, then you must understand that our policies must be changed immediately for non-violent drug offenders. Please hear me when I say this problem is ruining lives, families and communities by ripping struggling individuals from their families and throwing them into prisons like dogs. These people must be given the chance to go to inpatient treatment programs if there is any hope of actually fighting the war against drugs. Otherwise, the majority of addicts will continue to use when released from jail and the war will never ever end, and more and more lives will be taken by this deadly disease.

Thank you so much for reading and for your consideration, 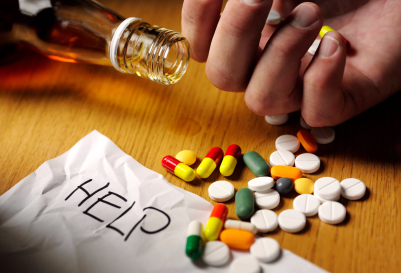 drug policy
Published on Oct 4, 2016
Report a problem... When should you flag content? If the user is making personal attacks, using profanity or harassing someone, please flag this content as inappropriate. We encourage different opinions, respectfully presented, as an exercise in free speech.
PSD Global Academy

Marijuana in Colorado has been legalized for medical uses, but many people are abusing this and are able to purchase this drug and use it for purpo...

As it stands now, the NSA has too much power over the people. This needs to stop.

A chance to improve the world with responsible GMO use

Syrian refugees need a new place to live where there is freedom and peace.

There is a huge wage gap in the United States. The average woman makes only 80 cents to the 1 dollar that the average man makes, and it is wrong.

Please raise the minimum wage. You'll be helping out so many people around America.

This letter says why we need more gun control.

Drug Abuse is a Problem

The war on drugs is a problem that needs to find a answer soon, before it is to late.

Drug Laws in the United States

Drug use in Sports

Drug use in Sports.