I believe that the future of the United States is in your hands, including our Bill of Rights, which includes the Second Amendment of the United States Constitution. But the main right we have is the right to overthrow a tyrannical government as stated in our DEclaration of Independence. Our past president said he was in favor of an assault weapons ban, and slowly but surely is trying to stop Americans from overthrowing a future American government that becomes too powerful.

The U.S. Declaration of Independence states that "when a long train of abuses and usurpations, pursuing invariably the same Object evinces a design to reduce them under absolute Despotism, it is their right, it is their duty, to throw off such Government." Our forefathers  created this to get free from England. The Second Amendment of the United States Constitution reads: "A well-regulated Militia, being necessary to the security of a Free State, the right of the people to keep and bear Arms, shall not be infringed." Now people argue that militia means military. Well, yes, it does, but do you know about the military at the time of the revolutionary war? It has been said it was a nation's top civilian response for directing military affairs. What if we have to do that again? Admiral Isoroku Yamamoto during World War II said, "You cannot invade the mainland United States. There would be a rifle behind each blade of grass." To me he is not talking about the military. To prove this fact, according to Fox news, “Over the last several months, Wisconsin's hunters became the eighth largest army in the world: more men in arms than in Iran. More than France and Germany combined. These men and women deployed to the woods of a single American state” Also,“There were 13.7 million hunters in the United States over age 16 -- 12.7 million of whom used rifles, shotguns or handguns for hunting, according to the U.S. Fish and Wildlife Service.” There are more sportsmen in the United States than there are an Army in China which has the biggest army in the world. So, if we are ever invaded the sportsmen of the USA will do what Admiral Isoroku Yamamoto stated during WWII. But if we are getting our Second Amendment rights taken away, then Admiral Isoroku Yamamoto, if he was still here today, would surely invade the mainland United States. 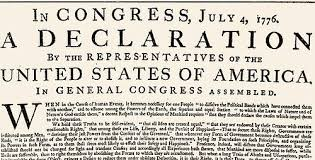 constitution and freedoms rights 2nd amendment american issues
Published on Nov 7, 2016
Report a problem... When should you flag content? If the user is making personal attacks, using profanity or harassing someone, please flag this content as inappropriate. We encourage different opinions, respectfully presented, as an exercise in free speech.
Washington County Technical High School

This class meets second period on A days

The struggle of having too much homework.

First responders need to be safe while responding to calls, but in this day and age they are not. These are my views not only from a student's poin...

The issues on abortion and possible solutions.

The impact of body shaming on young girls

Body shaming is a very serious issue that effects young women in particular. As the president you need to be an example to the rest of our nation. ...

The LGBT community is just people, who deserve no lesser treatment than should be given to everyone else.

Becoming a citizen is insanely difficult

Becoming a U.S. Citizen shouldn't be so difficult, but it is due to the lengthy wait time, monetary and personal cost, and the fact that most immig...

Children are thrown into foster care for unspecific amounts or time when their parents are seen as unfit. Those unfit parents often lose their chil...

Many undocumented immigrants are affected by not having essential basic rights in the U.S and something needs to be done about it.